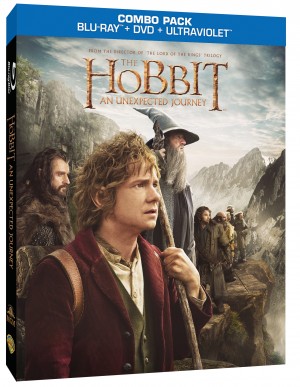 J.R.R. Tolkien was fascinated with language and mythology, scratching only the surface when he sat down in 1937 to pen The Hobbit. When his publisher asked for a sequel, the professor really dug deep and built on the foundations established in his children’s novel. As a result, he took over a decade to write what became Lord of the Rings and along the way, crafted new languages, cultures, and myths, creating Middle Earth from the essence of English and European folklore.

Tolkien mistrusted Hollywood, which certainly explains why it wasn’t until the 1970s before any adaptation of his works made it to the screen. There’s the somewhat cute Rankin-Bass take from the era, but really, the studios and technology weren’t up to the demands of the source material. Within the last two decades, though, that all changed. Once Peter Jackson struck gold with his trilogy of films, it was inevitable that the public would cry for the first book in the cycle to be adapted. Of course, there were the usual legal entanglements followed by MGM’s financial free-fall which cost the production the talents of Guillermo Del Toro. Jackson stepped behind the camera once more, helming an adaptation that was more in keeping with his interpretation of Middle Earth than del Toro apparently had in mind. Now, having seen The Hobbit: An Unexpected Journey in the theater and on disc, the fresh eye may have been warranted.

Not that there’s anything wrong with the film —  being released on home video in a variety of packages from Warner Home Video on Tuesday – but the familiarity with it all robs the story of its magic. Wisely, the opening is a frame, setting up the novel itself; using Ian Holm’s aged Bilbo Baggins with Elijah Wood once more as his nephew Frodo. Seeing them brought a smile to my heart but once the dwarves began to arrive, and the journey get underway, we’d seen the vistas, the mountains, and roads. As a result, the journey felt beleaguered and longer than necessary.

What did work, though, was really making this Thorin Oakenshield’s (Richard Armitage) story, aided by the dwarves and guided by Gandalf the Gray (Ian McKellan). The tension and suspicions the handsome dwarf had towards Baggins (Martin Freeman) is a nice undercurrent until it reaches a climax.

In watching the story unfold, it’s very much like a saga from days gone by and it’s interesting to note how many of the dwarf names were taken straight from Norse mythology. It’s a pretty straightforward tale with nice sets pieces such as the meeting with Gollum (Andy Serkis) and the forthcoming battles with Smaug. Expanding this initially to two films raised some eyebrows and then he came out with word that two had morphed into three. Suddenly, the single novel was being given the same weight at the trilogy and most howled. In watching the movie, it’s safe to say about 60 percent of it was the novel and the remainder was drawn from the appendices and notes Tolkien left behind. To be fair to the producer/writer/director, there’s tremendous material worthy of adapting and exploring cinematically. It worked with the emphasis on Arwen in the trilogy so he earns the benefit of the doubt for now.

He did take a throwaway line about Gandalf needing to speak with others and the book skipped that while the film uses that moment to being us to a council where familiar friends Galadriel (Cate Blanchet), Elrond (Hugo Weaving), and Saruman the White (Christopher Lee) provide wisdom and foreshadowing. It was fun seeing them as all one big happy family, knowing that even sixty years before LOTR, the dark shadows were already creeping from Mordor.

We also get to see some other wizards for the first time, including Necromancer (Benedict Cumberbatch) in the stronghold of Dul Guldur and the amusing Radagast the Brown (Sylvester McCoy).

Fran Walsh, Philippa Boyens, and Jackson used some magic to find ways to give each of the thirteen dwarves some personality and the cast and costumers ran with it. While you couldn’t necessarily name them on sight, you could tell one from another. Character reigns supreme once more for which we fans should be thankful. As fanciful as Tolkien was, he remained far more interested in lore and language than he did in interesting characterization.

Jackson is an old hand at the setting and pacing, which may be why he was more interested in the technical aspects, notably the 48-frames-per-second experiment that too few people got to witness as theaters, already paying the bills for 3-D and digital projectors, were reluctant to support. The film, therefore, is lush and rich in color, sight, and sound.

An extended edition with extra footage, which was anticipated before the film hit theaters, is now expected in time for the holiday season, following the previous pattern. So, be cautioned when getting this. So, what do you get with this edition? Well, the video transfer is most excellent, rich in color so Hobbiton to Lothlorien to the mines are sharp and clear. The visuals are equally matched by the amazing DTS-HD Master Audio 7.1 surround track.

While there some two and a half hours of bonus material, diehard fans have seen most of it online during the film’s production and release. Clearly, the most interesting stuff is being held back for the extended version. The specials are voluminous to merit its own disc, which is nice.

There’s another look at New Zealand: Home of Middle-Earth (7 minutes) demonstrating the challenge facing Jackson and his team as they had to find new countryside to show off new portions of Middle Earth.

The bulk of the extras are the ten Video Blogs (127 minutes):

And, of course, a handful of trailers.