Spider-Man Physics: How Real Is the Superhero? 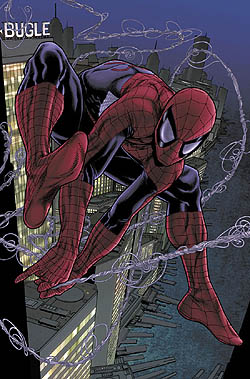 Spider-Man might be a fictional superhero, but at least two of his tricks exist in the real world. Now, scientists have shown that it’s possible spin silk strong enough to stop a train, and are crafting a new, super-sensory suit that warns its wearer when someone — or something — is approaching.