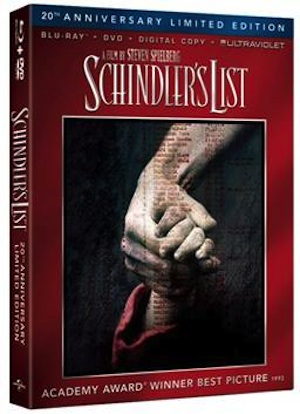 History is far more than facts and figures, especially since the text books tend to get watered down by committee or skew to a particular point of view. Instead, history is really the stories of mankind. Who did what, and what drove them to commit those acts? Every era has its known heroes and as historians do their work, it’s also clear there are the lesser known players whose efforts remain equally valuable and their stories worthy of being told.

Few events have spawned more tales of heroism than perhaps World War II. We know of the Axis and Allied generals who made bold moves to change the tide of the conflict and of the American scientists who raced their German counterparts to split the atom and harness their power. Since the 1970s or so, more and more stories have been discovered and told, many about those who endured the war and survived to tell their stories. There’s Elie Weisel and Night, Anne Frank and her diary, and Oskar Schindler and his list. The latter’s story didn’t really come out until Australian writer Thomas Keneally released Schindler’s Ark in 1982 (retitled List for America). Almost immediately, Steven Spielberg snapped up the rights and then spent a decade trying to find the time and approach to honor the work and the man that inspired it.

Hard to believe it’s been 20 years since we sat mesmerized for three hours and sixteen, watching this black and white drama, which won numerous accolades, earning Best Picture and Best Director Academy Awards. Now Universal is releasing Schindler’s List a 20th Anniversary Limited Edition which comes in a combo slipcase with Blu-ray, DVD, Ultraviolet digital. Right up front, it should be noted that Spielberg wanted little attention drawn to the film and it’s making so the special features here are the same ones from the DVD release. But, the director oversaw the high definition transfer and did a masterful job so the film, with Janusz Kaminski’s cinematography, looks wonderful and John Williams’ score sounds even better. It’s nice to have the movie on a single disc so it can be enjoyed uninterrupted.

The story of German industrialist Oskar Schindler (Liam Neeson) and his efforts to rescue one thousand Jews from death in a concentration camp run by the cruel and psychotic Amon Goeth (Ralph Fiennes). Yes, Schindler made a profit and could be considered a war profiteer but he did use that money and influence wealth provided him to see to it that people did not die. He worked closely with accountant Itzhak Stern (Ben Kingsley) in crafting the typewritten list of names that became the symbol of survival.

The special features that do reappear here are worthwhile, starting with Voices From the List (77 minutes) as Spielberg hosts a series of interviews with Holocaust survivors and witnesses; USC Shoah Foundation Story with Steven Spielberg (5 minutes); About IWitness (4 minutes), an online application allowing educators and students to access more than 1,000 video testimonies of Holocaust survivors and other witnesses.

Time has not diminished the film’s power nor has its message been obscured by the director and performers’ other works. Nor has the deluge of Holocaust and WW II memoirs changed that each is a piece of a tapestry telling a story of when a world teetered on the tip of a pyramid, plunging one way towards peace and another towards unspeakable horror. While the stakes were never higher, the stories of people from both sides need to be heard and understood, seeing who had the courage of their convictions to do what was right despite the odds and personal dangers. Oskar Schindler wasn’t the only one, but saving some 1200 people is an accomplishment few other German civilians could claim.

For those who saw it when they were younger should see it again. For those with children in the intervening 20 years, should show it to them to understand what it means to be a Good Person. Its important film making and a powerful testament to the global outreach of the movies.