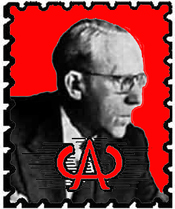 Did Fredric Wertham imitate superheroes? And if so, did he realize that he was doing it?

But let’s back up and give you latecomers an establishing shot or two. Way back in the early 50s, Dr. Wertham, a New York City psychiatrist, wrote a book provocatively titled Seduction of the Innocent which claimed to use science to demonstrate that comic books were corrupting the nation’s youth. Comics were already being attacked by editorial writers and at about the same time as the book’s publication, a senator named Estes Kefauver was convening hearings to investigate the same charge. The result of all this accusing was twofold: comics publishers went out of business leaving over 800 people suddenly unemployed, and the ragtag remnants of the business created The Comics Code Authority to censor their publications and thus placate the witch hunters. The comic book enterprise went into sharp decline, both financially and artistically until the late 50s, when Julius Schwartz and Stan Lee reinvented the superhero genre.

A sorry story. But ancient history. Well, not quite. Dr. Wertham was back in the news last week. According to the New York Times, Carol L. Tilley of the University of Illinois, examined Wertham’s papers and found numerous examples of research that were “manipulated, overstated, compromised and fabricated.”

Wow. And ouch. Not only did the doctor help put hundreds of decent folk out of work and, arguably, cripple an American art form, but he cooked the books to do it. There have been, for decades, doubts about Wertham’s methods, perhaps the most prevalent of which was that he ignored the validity of control groups. (Okay, goes the narrative, the doc found a hundred young lawbreakers who read comics, but he disregarded the thousands of Eagle Scouts who were also comics readers.) But until now, nobody has accused him of outright lying

Apparently he did lie.

I wonder why. Did he find these entertainments so unutterably vulgar that he was able to convince himself that they were also malign? Was he a zealot who honestly believed that these comic books were pernicious! and corrupt! and evil! and were obliterating the decency of American youth? And did he feel that he was justified in using any means available to quell this menace? That seems to be how zealots like to think.

Or was he a superhero? Consider: the bad guys in superhero stories may blather about ruling the world or getting rich or attaining revenge or, like zealots, proving that they’re right, but the real reason they exist is to give the hero a chance to show his stuff. We like heroes, and we like them to do magnificent deeds, and villains provide the circumstances for superheroic action.  So, Dr. Wertham: did he see, in the anti-comic book excitement, a chance to get famous and cement his reputation and maybe grab a royalty check? Were comics his supervillains, giving him his big opportunity? He was already respected and, on the whole, he seemed to be a pretty decent guy, but maybe he had his share of hidden demons.

I don’t know. I’ll probably never know, and neither will you. But we might find a lesson in the Wertham saga: don’t trust authority figures. I hope that isn’t news to you.