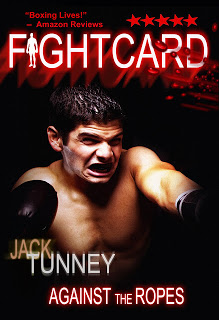 Welcome to All Pulp’s New Pulp EBook Best Seller List, inspired by the work of Barry Reese! Before we get to what you’re all waiting for, here are the rules by which this little list comes together.
1)    This list only tracks Kindle sales through AMAZON. It does not keep track of sales through Barnes and Noble, Kobo, Smashwords, or anything else!
2)    This list only tracks DIGITAL sales. Exactly how Amazon calculates these things is mostly a trade secret and they vary wildly from day to day. If I checked this tomorrow, the list could be very different. This list reflects sales ranks as of Friday morning, February 15, 2013.
3)   In order to keep the focus on new releases, eligible works must have been published within the last three months. So, since this list is being done on February 15, 2013, we are only looking at books published since November 15, 2012. Please keep that in mind before complaining that Title X is not listed. Also, keep in mind that for the most part, we are tracking sales from smaller and mid level press publishers who actively publish New Pulp material. We won’t generally track sales from Simon and Schuster or places like that — they have the New York Times Bestseller List for that. If one of the major publishers starts doing The Shadow or something, we’ll track that, but some publishers will not be listed here in order to keep the focus on the publishers actively working to produce and promote New Pulp.
4)    Like the name suggests, we’re tracking “New” pulp —not sales rankings for reprints of classic material. In order for something to qualify for this list, it has to be at least 50% new material that has not been printed in book form before.
5)    We are human. If you are aware of a title that should be listed below (keeping in mind all the rules above), please let us know and we will make sure to remedy the situation.
6)    This information is garnered mostly from All Pulp, New Pulp, the Pulp Factory mailing list and a few other sites. If you think we might miss your release, let us know in advance — drop All Pulp a line and tell us when it’s being released.
Without further ado, here’s the completely and totally unofficial New Pulp Ebook Bestseller List as of right now (title, then publisher, then release date, then sales rank):
1) The Cestus Concern by Mat Nastos (Nifty Entertainment, December 28,2012) 2,731
2) Finn’s Golem by Gregg Taylor (Autogyro, January 10, 2013) -63,637
3) Whack Job by Mike Baron (Mike Baron, December 25, 2012)- 66,170
4) Fight Card Against the Ropes by Terrence McCauley (Fight Card Books, February 11, 2013)-66,970
5) Sherlock Holmes, Consulting Detective, Volume 4 by Various (Airship 27, January 19, 2012) – 75,826
6) The Detective, The Woman and the Winking Tree by Amy Thomas (MX Publishing, January 22, 2013) – 81,190
7) Tier Zero by Henry Brown (Virtual Pulp, January 13, 2013) – 101,021
8) Sherlock Holmes and Young Winston: The Deadwood Stage by Mike Hogan (MX Publishing, November 19, 2012) – 120,456
9) Monster Earth by Various (Mechanoid Press, January 13, 2013) – 133,118
10) Legion I- Lords of Fire (The Shattering) by Van Allen Plexico (White Rocket Books, January 26, 2013) – 193,627 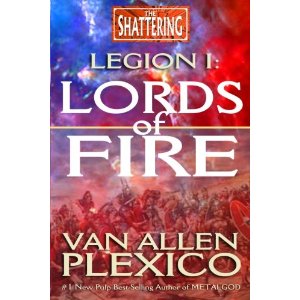 Just missing the list were: Fight Card : The Knockout by Robert J. Randisi (Fight Card Books, December 1, 2012) – 213,403, Prohibition by Terrence McCauley, (Airship 27, December 15, 2012) – 241,449 Fight Card: Rumble in the Jungle by David Foster (Fight Card Books, January 8, 2013) – 243,473, and Sentinels: Metalgod by Van Plexico (White Rocket Books, December 10, 2012) – 244,801.
There’s definitely some shifting of numbers, but Mat Nastos hangs onto the top spot for two weeks in a row with extremely impressive numbers.  New titles enter into the mix, making this list, much like its sibling- The Bestseller Print list- a Holmes list with three titles featuring the classic detective. Terrence McCauley’s Fight Card entry enters the list at number 4, a good showing.   Every book on this list came in under 200,000, so that says quite a bit for how well ebooks sell.
As far as Publishers are concerned, MX Publishing has two books in the debut EBook list, with Virtual Pulp, Nifty Entertainment, Mechanoid Press, Autogyro, White Rocket, Airship 27, Mike Baron, and Fight Card Books all checking in with one.  But remember, readers, take it all with a grain of salt.
Share