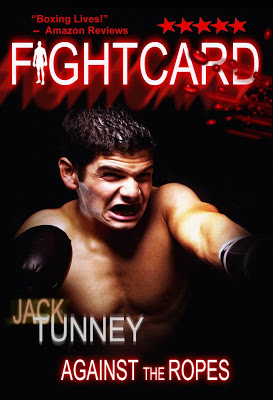 The boxing ring was the only world Terry Quinn had ever known. He’d entered the hallowed halls of St. Vincent’s Home for Boys in New York City as a fighter and left as a boxer. Years of training and honing his skills finally paid off as he fought his way to the top. Only one more fight stood between Quinn and shot at the heavyweight championship against Jack Dempsey. It was the glory he’d been waiting for all his life.

But things have never gone easy for Terry Quinn. As he starts training for the biggest fight of his career, a crew of Tammany thugs and fix-it men tell him to throw the fight or face dire consequences. Even before he has a chance to consider their offer, those dire consequences come home to roost when one of his long time corner men turns up dead.

The identity of the killer isn’t in question. The only question is what is Terry Quinn going to do about it.

Against The Ropes is a tough New York tale played out while the Roaring Twenties roared their loudest. Crooked cops, Tammany hacks, has-beens, and even the great Jack Johnson, all play a role in Quinn’s decision – is his quest for justice worth his future, and possibly … his life.