Earth Station One Episode 149 – The World of Sid & Marty Krofft 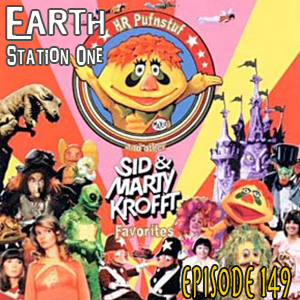 The ESO crew, on a routine expedition, met the greatest earthquake ever known and landed in the wild and wacky world of Sid & Marty Krofft. Join Mike Faber, Mike Gordon, Bobby Nash, and special guests Darren Nowell (Legion of Substitute Podcasters), Johnny League (Metro Atlanta Geeks), and Joe Crowe (Dragon*Con American Sci-Fi Classics Track Director) as they discuss everything from Witchiepoo to Bigfoot and Wildboy and every quirky character in between. We also introduce writer Christopher Mills to the perils of The Geek Seat! All this, plus the usual Rants, Raves, Khan Report, and Shout Outs!

Join us for yet another episode of The Earth Station One Podcast we like to call: The World of Sid & Marty Krofft at www.esopodcast.com
Direct link: http://erthstationone.wordpress.com/2013/02/06/earth-station-one-episode-149-the-world-of-sid-marty-krofft/