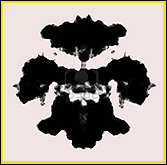 In the bleak midwinter (or whatever you call this part of January; there’s snow on the ground and it’s super-cold here and the heat’s not working, is all I know) we could all use a little cheering up, and a reminder that there’s more to the world than ice and the howling wind.

In fact, there are people! Friendly, cheerful, sociable (and warm!) people, just waiting to be our friends or date us or possibly some combination of the two. But it can be easy to forget there are other people out there when it’s so cold all you want to do is stay inside huddled under a fleece blanket and a barskin cloak (what? That’s just me? Oh.). And when you do eventually venture out from under your space heater that you’ve hung directly above your bed (to accompany the ones on either side of it, of course), you may have forgotten a step or two in the dance of social niceties, which requires practice to maintain. That’s why I invited everyone’s favorite sunshine-y relationship advisor to stop by and do a guest appearance on my column!

…Okay, that’s not exactly what happened. Maybe I had to go out of town this past weekend, and I didn’t have a ton of time just lying around in which to share my usual deep insights into the human and geek psyche with you, and maybe Rorschach just happened to stop by right after receiving some letters from honest citizens in desperate need of some social advice, and maybe he had nothing better to do, all his cans of beans and sugar cubes being neatly stacked already and the weather keeping most people from committing any obvious crimes on the streets…and so maybe I suggested he take over my column this week for my own selfish reasons, e.g. so I could pack for my trip.

And maybe this is all actually my friend Viv’s fault, because she is the one who originally suggested the previous advice column which first brought us the never-ending gift of Rorschach sharing his valuable social insights.

Regardless! Here he is, ready to share his wisdom with the masses! Lucky masses.

Arrived in Washington, D.C. for meeting of dedicated crime fighters, to find “dedicated” crime fighters cowering and shivering behind closed doors. Pathetic scum, lacking moral conviction to protect city in face of wind and moderate-to-light snowfall. Reduced to helpless, shut-in imbeciles by thin layer of white on roadways. This city would weep for its weak protectors, but knows they also whimper at sight of icy rain.

Only reason crime not rampant in streets tonight is that people of this city are weaker than mewling “crime fighters,” who patrol alleyways only on warmer days. Crime fighters afraid to fight crime with runny noses. Can’t brave slight discomfort for greater justice. Can’t see that all that is needed to defeat crime and cold is trench coat, scarf, fedora, and fists. All I had as I walked streets tonight.

Tonight, a man dated in D.C. Then wrote letter asking my advice. Have tried to stop misguided weak-willed inhabitants of city from sending letters begging my perspective on their lives as they wallow in frozen slurry of self-loathing and despair. Can’t. Not even by breaking thumbs. Tried this last week. Man with broken thumbs cried. Then asked if he should send flowers to angry girlfriend. Left in disgust.

A man dated tonight, and nobody cares. Not even me. Will answer letters anyway, though, as answering letters passes time until miscreant am lying in wait for leaves bar.

How do I know if this woman I’ve met is The Right One?

Will answer question but then you must answer mine: were parents hippies? Who names child Vitt? Is that even name? Why does it contain numbers and symbols? Suspect an alias. Perhaps spy?

So. You went out. Probably to seedy bar. Bought drink. Talked to woman. Suddenly you discover Ms. Right. Convenient.

But she is not Ms. Right. Here is how I know: there is no Ms. Right. Relationships are farce. Also unimportant. All that matters is justice. And beans.

P.S. Do not try to trace this response, spy; you will fail.

P.P.S. Do not turn around. I am standing behind you but do not wish you to see me yet. Not until I am ready.

How does a hamster find Mr./Ms. Right?

Are you also spy? Do you know @Vitt311? Your name also gibberish and symbols. Possibly occult. Clearly is conspiracy. Will need to get to bottom of this. Hrm.

As for question: Rodents do not discriminate with mates. Can’t be discussing rodents. Must be code. Are “Hamsters” new street gang? Why have I not heard of them? Must investigate.

Well. If you are spy or miscreant gang member, there will never be a Mr./Ms. Right for you. You will always be alone. And probably in jail.

P.S. If you are not miscreant (unlikely) see previous question for answer.

P.P.S. Also send me full name, and address of your dwelling, as all you have given in letter is gibberish name and P.O. Box. This is not sufficient. Will need to question you further about these “Hamsters.”

If you are a spy, is it okay to date another spy at a rival agency, under the assumption that hilarity will ensue? Same question, but for Glee coaches.

You claim to be a spy, yet use real name. Must be trap. Hrm.

Spies are not hilarious. Do not joke about spies. Or spy conspiracy. Which you are clearly part of.

Beginning to suspect advice column being used as spy trap to lure me in and pick off another costumed hero. Is obvious now, really. And Dreiberg called me paranoid.

Am done answering letters until have uncovered whole of spy ring out to get me. Will hunt you down, all of you, and exact justice for this persecution. Don’t bother to beg for mercy. There will be no compromise.

P.S. If did use real name, you are very bad spy.

P.P.S. What is Glee coach? Is this spy code? Sounds leftist.

Hey guys, it’s Emily! So…I just got back and Mike showed me the results of my latest experiment with guest writers. Uh…yeah, maybe inviting Rorschach over to play wasn’t such a good idea. But I don’t have time to write something new at this late date, so…sorry? And he didn’t really mean it, about the spy thing. And hunting people down. Not really. I don’t think. Um.

…Until next time, Servo Lectio?

P.P.S. I hope he’s not standing behind anyone right now.