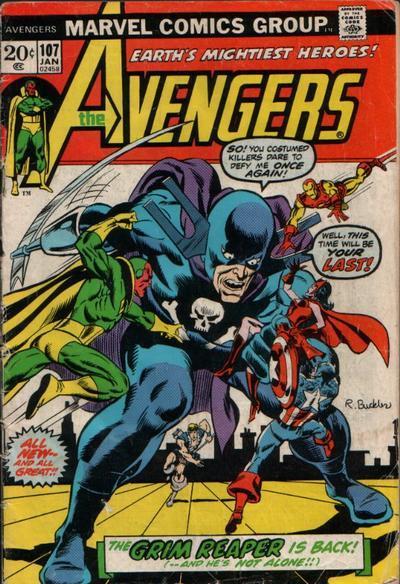 Sean Howe shows us proof that Marvel sold original artwork instead of returning it to the artists, or compensating them in any way.

Marvel began returning current pages to artists sometime in 1974, and eventually worked retroactively back a few months, to comics cover-dated from January 1974; among the earliest issues from which art was sent back were Avengers #119 and Amazing Spider-Man #128.

But a year earlier, Marvel sold the covers to these issues, cover-dated January 1973, to the Winnipeg Art Gallery. Seven covers, plus progressive proofs and color guides for each, for a total of $770.

Back in 1986, Irene Vartanoff (who began managing artwork return in 1975) told The Comics Journal that Marvel would occasionally send artwork to exhibits. But as far as I know, this is the only evidence that exists of Marvel actually accepting money for pages of original art.

It’s unclear if the gallery still possesses the pages; nothing comes up on their inventory database. But if Rich Buckler, Joe Sinnott, Barry Smith, John Romita, Sal Buscema, or Tom Palmer happens to read this, they may want to give them a call.

It has been long suspected that lots of comic art went out the door. But this is the first documented proof I’ve seen that Marvel did so and profited from it.

A quick guess puts the value of all that original art at $35,000 today. We wonder if the artists are ever going to see any of it.