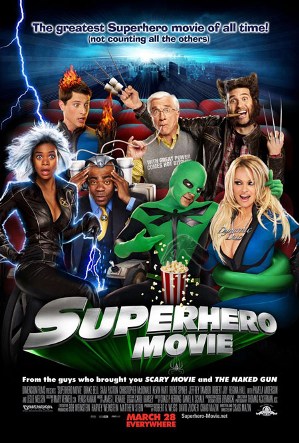 Entertainment Weekly, of all places, presents one of the most thoughtful essays on superhero films and how– similar they’re all becoming, and even worse, how many other movies are aping them to great financial success and overall boredom.

Superhero Movies have evolved to the point where three of the genre’s standard-bearers can embody radically different filmmaking styles – this is a good thing, right? Well, maybe. But the problem is, when you dig underneath the three films’ respective stylistic excesses – and they are excesses; few genres in film history are more fundamentally decadent than the Superhero Film, with the ever-expanding budgets and the swooping digital-effects-crane-shots and the ruined cityscapes and the supervillains planning to conquer/pillage/destroy every city/world/galaxy in sight – there is a depressing sameness to lurking within each movie’s basic DNA.

via The Superhero Delusion: How Superhero Movies created the Sad Perfect Badass Messiah, and what that says about America | PopWatch | EW.com.