THE OLD MAN IS UNEARTHED ON KINDLE 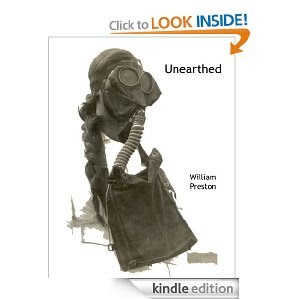 You can get Unearthed on your Kindle here.

About Unearthed:
This 18,000-word novella is the third story to feature my enigmatic hero, referred to as the Old Man in “Helping Them Take the Old Man Down” and as the Big Man or “the man himself” in “Clockworks.” The stories are best read in the order in which they’re being published in Asimov’s Science Fiction—that is, out of chronological order. “Helping Them Take the Old Man Down” takes place in 2001-2002, and should be read first. “Clockworks” takes place in 1962. This prequel is as far back as I plan to go. Two more stories, both sequels to the original tale, are in the works. The earlier stories are available, bundled together as a single e-book, via both Amazon and Barnes and Noble.