Having read through Peter Travers’ travesty of a ranking of all the James Bond films, I decided the only thing to do was to create my own, much more accurate list in response.  That’s a little joke, of course, because it’s all subjective–few topics get fans more fired up than ranking any series of anything, and especially Bond movies.  But I’ve been watching Bond movies for four-plus decades; I grew up on them, as is my little daughter even now.  (Yesterday we finished her first viewing of “Dr. No” and she loudly demanded that we continue on into “Goldfinger!”)  So here is how I see them, beginning with what I view as the TEN WORST BOND MOVIES OF ALL: 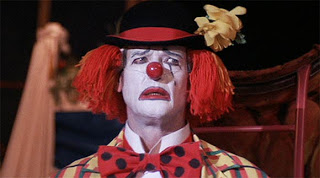 23. A View to a Kill
Simply a wretched film under any circumstances, and the worst of the Roger Moore series—which is saying something.  I’ve watched it several times, and can’t get those hours of my life back, I’m afraid.  There’s virtually nothing redeeming about this movie.  Moore is a thousand years old.  Duran Duran does the theme song.  Dear lord.  It’s all just dreadful.
22. Octopussy
While overall not as terrible as “A View to a Kill,” it contains the single worst moment in any of the films: James Bond, in full clown makeup, pleading for someone in a circus audience to take him seriously and believe him that an atomic bomb is counting down toward detonation.  And they’re all laughing at him. YOU DON’T EVER LAUGH AT BOND.  Except, y’know, when he’s making one of his little dry jokes.  Just horrible.
21. License to Kill
Watching Dalton is as exciting as watching a layer of paint dry on your secret underground supervillain volcano lair, and the film looks more like a made-for-TV movie from the mid-1980s than a big-budget blockbuster.  Even “Dr. No,” made for about a buck fifty, looked more “epic” than this.  And a drug lord and his cartel–big in the Eighties as far as bad guys go–just seems so “yesterday” now.
20. Die Another Day
The parts are all there for a great Bond film–particularly the Korean DMZ opening, a locale we hadn’t seen before in any of the Bond films, and a very logical one for him to be seen at–but they came together in such a depressing way that this movie actually made me ready for Pierce Brosnan’s run as Bond to die thisday.  And that says a lot, considering he is my favorite Bond. 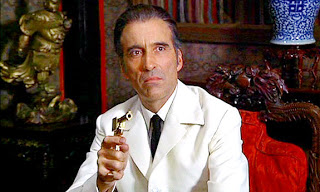 19. The Man with the Golden Gun
What seemed in the mid-1970s as an amazing spectacle—the fantastic Christopher Lee as the assassin “Scaramanga,” with his literal “golden gun,” flying car, and island base complete with lasers and fake Bond in the shooting gallery—now seems supremely cheesy.  Still, it did serve as sort of a backdoor pilot for “Fantasy Island,” so we’ll at least give it credit for that.  “The plane! The plane!”
18. The Living Daylights
While Timothy Dalton is the dullest Bond of all (and those who say he’s like the Bond of the books must be reading different books than I have), and while there are parts of the film that induce cringes to this day (toy soldiers shooting at Bond? Really?), it’s still tons better than Dalton’s other outing in the role.  Seeing Bond on the Rock of Gibraltar at the start was a nice touch.  Not horrible, but a far cry from “great.”
17. The World is Not Enough
As is true to one degree or another with all four of the Brosnan films, the pieces are there, but it doesn’t quite come together.  Love the villain; like the plot; don’t like the execution of any of it.  Denise “Nucular” Richards gets routinely trashed for her “contributions” to this film, and rightfully so; her performance in the final reel is the cruddy cherry on top.
16. Moonraker
Another that I have a particular soft spot for.  While the return of Jaws—in his new, comedic role—nearly sinks the picture, and while the plot is a virtual Xerox copy of the previous film, “The Spy Who Loved Me,” but in space rather than underwater, the deliciously understated Hugo Drax and the astronauts-with-laser-guns battle at the end save this movie for me.  Sort of.
15. Quantum of Solace
Parts of this movie—Craig’s performance, the whole “Quantum” bit that seemed to be setting up a modern-day SPECTRE, the theater sequence where he talks to the baddies over their communications link—border on spectacular.  Everything else (from Mr. Green to the Latin American dictator) slides over into the ridiculous.  The plotline involving Green’s girlfriend makes no sense whatsoever.  A huge letdown of a movie.
14. The Spy Who Loved Me
Others think very highly of this movie, but I am not the Viewer Who Loved It.  Part of it is personal, based on the circumstances under which I first saw it.  (It was 1977 and I wanted to see “Star Wars;” my brother wanted to see this.  He won.  I had to wait months longer to see “Star Wars.”) Part of it is that I’m not remotely intrigued by Barbara Bach.  Part of it is that, to borrow a phrase from Queen, “Jaws was never my speed.”  Hate me if you want, haters, but this one doesn’t do a lot for me.  Do like the underwater Lotus, though.
Back soon with numbers 13-4!  Then we’ll finish up with the three best of all.
If you loved –or hated–this list, please check out my weekly podcast, The White Rocket Podcast, where a special guest and I sit down each week for a one-on-one conversation about some topic (such as James Bond books and movies!) of interest to Pulp, comics, SF and pop culture fans in general.
You can follow me on Twitter: @VanAllenPlexico and find me on Facebook as “Van Allen Plexico.”  And my main web site is www.plexico.net.
See you next time!