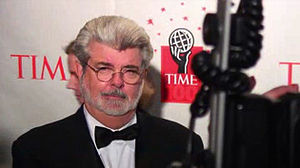 By now, you’ve heard that Lucasfilm has been sold to The Walt Disney Corporation for $4.05 billion dollars. You also see that we’ve discussed what this could mean for Star Wars, Disney, Dark Horse Comics, and many other players. However, what you may not realize is that this also means that George Lucas thinks that the Force is with Barack Obama and in six days, he will win re-election as President of the United States.

Why? Because of what will happen on January 1st.

That’s the day when the Bush Tax Cuts are scheduled to expire. Right now, the current rate on income from corporate dividends and long-term capital gains is 15 percent. With the Bush cuts gone, those numbers would jump to 39.6 percent on dividends and 20 percent on gains.

George Lucas founded Lucasfilm in 1971 and is the sole shareholder. So all the long-term capital gains go straight to him. He would stand to pay an extra 5% on the purchase price, an additional $202.5 million dollars in taxes if he delayed the transaction to 2013.

Now, it should be noted that one of the few things Mitt Romney’s told us about his tax plan is that he plans to keep the 15 percent maximum rate on long-term capital gains and most dividends for taxpayers with income of more than $200,000 per year. So if Romney wins the election, Lucas doesn’t get a bigger tax bill.

But Lucas isn’t doing that– he’s acting now. Ergo, he thinks there’s a significant chance that Romney will lose and that the risk is too big to take.