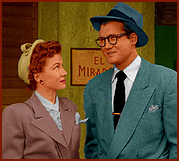 Last week I wrote about Lois Lane (here) for the first time since 1986 and my mini-series “When It Rains, God Is Crying,” which was edited by ComicMix’s own Robert Greenberger. It got me to thinking about Lois.

First, a little history on the mini-series, which was published in 1986.

1986 was the year that John Byrne took over Superman. As the final ink was drying on the (secret) contract, I approached Dick Giordano about writing a Lois Lane mini-series. Or maybe it was Dick who called me into his office and asked if I wanted to write a “final” Lois Lane story as part of the “Superman Silver Age Farewell Tour, which included Alan Moore and Dave Gibbons’ For The Man Who Has Everything and Alan Moore, Curt Swan, and George Perez’s Whatever Happened To The Man Of Tomorrow? I’m pretty sure it was the former, though I could be wrong, thanks to my menopausal memory.

There are two reasons I believe it was the former: (1) I didn’t know Byrne was being given carte blanche to reboot the entire Superman mythos and family, and that, as part of the deal, no one would be allowed to touch any of the characters without John’s permission; and (2) I distinctly remember saying to Dick that, if the first series was successful, I wanted to continue to write stories about Lois as her own person, as a reporter covering stories – not as Superman’s Girlfriend Lois Lane. Of course Dick was non-committal, but I thought it was because he – naturally – didn’t want to put the horse before the cart, not because of the Byrne deal that was about to be announced to the press and public.

At any rate, and to my delight, Dick green-lit the project, which would feature Lois as a reporter doing a story on missing and abused children, and in which Superman would not appear – although Clark Kent would. And Lana Lang, Jimmy Olsen, Perry White, and even Lois’s sister, Lucy. The story would be character-driven, and it would be about Lois. Robert Greenberger, then working as an editor at DC – and with whom I had worked on the V comic – was given the assignment, and he brought in the remarkable Gray Morrow, known for his realistic and individualistic portrayal of women characters. We were all immensely enthusiastic about the project, and the series came together incredibly easy because of that enthusiasm. It remains something Robert and I are immensely proud to have created. (Gray Morrow, who always expressed his love of the series to me, passed away in 2001.)

The best part of the project, for me, was having the chance to write Lois as an individual.

I grew up on the Silver Age Lois in comics, she of the 1950s white veiled cloche and matching gloves, a lady-like suite, nylons, and pumps. I didn’t like that she was always mooning over Superman and that her main raison d’être was to prove that Superman was Clark Kent. I didn’t like that Superman always managed to pull the wool over her eyes. It made her foolish. It was insulting. It was dumb. I liked Lana Lang; she was spunky, she was Insect Queen, she was a member of the Legion of Substitute Heroes, and she just seemed smarter and not so constantly obsessed with Superman’s secret identity.

I couldn’t stand Noel Neill as Lois Lane, either. She was too – I don’t know, what’s the word? – genteel to be a star reporter on a “great metropolitan newspaper.” Too much like the Lois Lane of the comics.

But Phyllis Coates! Now she was a tough broad. You could imagine her Lois working her way up the glass ladder – and even breaking though that glass ceiling – in a time when “ladies” stayed home and emulated Betty Crocker. Coates’ Lois could not only replace Perry White as the Editor-in-Chief of the Daily Planet, but she would keep a bottle of Scotch in her bottom drawer just as Lou Grant did on The Mary Tyler Moore Show. Phyllis Coates’s Lois was the chick that Sinatra sang about in The Lady Is A Tramp. Phyllis Coates’s Lois was Katherine Graham of the Washington Post.

I believe that Coates’ portrayal of Lois was based on how she first appeared in Action Comics #1. That Lois was snarky, resourceful, sarcastic, brave, contemptuous of Clark Kent, and didn’t moon over Superman; it is said that Siegel and Shuster based her personality and character on Rosalind Russell in His Gal Friday. She smelled a story and went after it. Yeah, Superman saved her – but she was thankful, not all googly-eyed and mushy because of it. (This was the Lois who also appeared in the Fleisher animated shorts, which can easily be found on the web.)

Bottom line, Lois is the most underappreciated, and in my humble opinion, most badly written character in comics. Currently she is a producer on a television news-entertainment show; sorry, no way, José. Lois is Rachel Maddow on MSNBC, or Christine Amanpour on CNN. Lois is Candy Crowley at the Presidential debate, fact-checking Romney’s statements about Obama. Lois is Helen Thomas in her prime, with her own seat in the front row at Presidential news conferences. Lois is Diane Sawyer, or Andrea Mitchell, or Soledad O’Brian.

Damn, if I could get my hands on her…