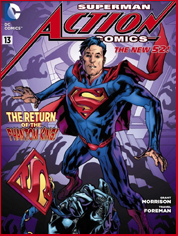 New York Comic-Con starts today. Almost as big an event as San Diego, but closer to my refrigerator, it is a monolith in the comic-book calendar. NYCC attracts fewer movie and television folk but more people who work in publishing – a (mostly) Manhattan-based business – since NYCC is at the Javits Center, which is technically in Manhattan but more difficult to get to than many parts of New Jersey.

Also, the food choices are terrible, expensive, and such small portions! It’s like being a modern high-school student, but without the calculus. Like high school, I am still filled with anxiety about getting to hang out with the cool kids. I can see from the schedule that I’m already missing out on the cool parties, sold out before I even heard about them.

I am not a person who attended comic book conventions since they started. The first ones I went to were the Phil Seuling shows, and I only went to the parties because I was a struggling freelance writer and there was free food. A hat-tip here to Denny O’Neil for sneaking me in.

When I worked at DC Comics in the 1990s, I went because they paid me to go. Even the big shows then were mostly about comics, not so much movies and television, so being with one of the Big Two made me feel like a vital part of the industry. When I see my friends who are still at DC at recent shows, I don’t get the same feeling from them.

Still, for four days there is a large comic book show in New York. The hotels, especially on the West Side, will have paying guests who are here for the show, who will meet each other in the lobbies otherwise full of foreign tourists. Bars and restaurants host private parties for publishers, studios, and industry-related non-profits. In other words, we’ll be spending a lot of money, which is the easiest way to get respect in this town.

(The other way is to actually accomplish something, and that is much more difficult. Or be British.)

Anyway, this is a long way to say that I’m kind of frazzled, and I’m not sure what there is I can say about comics this week. There are probably some trends that reflect on How We Live Now, but I’m distracted wondering what shoes will best protect my feet from the hard, cruel Javits Center floor.

It is at times like this, when I’m wary and distracted, that comics are most likely to come through for me. This time, I need to thank Grant Morrison. If you haven’t read this yet, check it out.

You can even enjoy it barefoot.