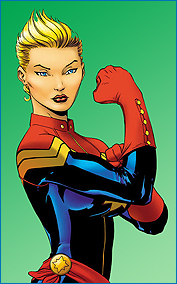 Women had made their mark as pilots well before World War II. Amelia Earhart, Jacqueline Cochran, Nancy Harkness Love, Bessie Coleman, and Harriet Quimby were some of the women holding records in aviation.

When war broke out in Europe, Cochran, Harkness and other women went to England to volunteer to fly in the Air Transport Auxiliary, which had been using female pilots as ferriers since 1940. These women were the first American women to fly military aircraft – Spitfires, Typhoons, Hudsons, Mitchells, Bienhams, Oxfords, Walruses, and Sea Otters under combat conditions.

In 1942, now in the war, the United States was in desperate straits for combat pilots. After much political maneuvering and bickering, it was decided to train women as ferry pilots, with Jackie Cochran enlisted to direct the program. 25,000 women applied; only 1,830 were accepted; of these, 1,074 passed the training and became Women’s Airforce Service Pilots, or WASPS. The WASPS flew over 60 million miles, piloting everything from trainers to fighters like the P-47 Thunderbolt and the P-51 Mustangs and the heavy bombers: B-17s, B-26s, and B-29s. They ferried new planes long distances from factories to military bases and departure points across the country. They tested newly overhauled planes. And they towed targets to give ground and air gunners training shooting  – with live ammunition.

In 1959, an independent researcher named William Randolph Lovelace, who was part of the team developing the tests for NASA’s first male astronauts (who became known as the Mercury 7 – see or read The Right Stuff) became interested in finding how women would stand up to the same conditions; in 1960, he invited accomplished pilot Geraldlyn “Jerrie” Cobb to submit herself to this challenge.

The tests ranged from general physicals and X-rays to weird things like swallowing a rubber tube to test stomach acids, undergoing electrical shocks to test the ulnar nerve (found in the forearm), having ice water shot into their ears to test vertigo and reaction time, and dozens of other weird oddities. (See or read The Right Stuff to get an idea of the regimen.)

She became the first American woman to undergo and pass all three phases of the testing.

19 more women were invited into Lovelace’s program, which was funded by WASP director Jacqueline Cochran.

They became known as the Mercury 13.

I bring this up because writer Kelly Sue DeConnick is doing something remarkable in the new Captain Marvel series. Without publicity or blowing of trumpets, DeConnick is rewriting the possibilities – no, the actualities – of “women in comics.”  Using the proud history of women in aviation, including the WASPs and the Mercury 13, DeConnick and her team, which includes artist Dexter Soy and editor Stephen Wacker, are presenting women who are just as smart, just as stupid, just as capable, just as frightened, just as full of bravado, just as confused, just as sure-minded, and just as fucked-up as any of their male counterparts.

Oh! I have slipped the surly bonds of Earth

And danced the skies on laughter-silvered wings;

of sun-split clouds, – and done a hundred things

You have not dreamed of – wheeled and soared and swung

High in the sunlit silence. Hov’ring there,

I’ve chased the shouting wind along, and flung

My eager craft through footless halls of air….

By the way, Captain Marvel rocks!