In 1972, Wonder Woman famously graced the cover of the inaugural issue of Ms. magazine. The iconic image, with the proclamation “Wonder Woman for President” going across the top, instantly became popular both with fans of the character and the new publication. Now, in celebration of its 40th anniversary, Ms. has once again chosen to have Wonder Woman be featured on its cover, with an image created by Mike and Laura Allred. Check out the full image, along with the previous three Ms. covers to feature the Amazonian princess, after the cut.
From the Ms. website:

With Wonder Woman at the helm, the issue celebrates 40 years of fearless reporting with 40 Ms. and key feminist moments that shaped our history; birthday letters from dozens of life-long readers; and essays from founding editors Gloria Steinem and Letty Pogrebin, and current Executive Editor Kathy Spillar.

The publication is also offering an 18″ x 24″ poster of the cover in a special subscription package, for new subscribers or renewals.

The 40th anniversary issue will be available this fall. 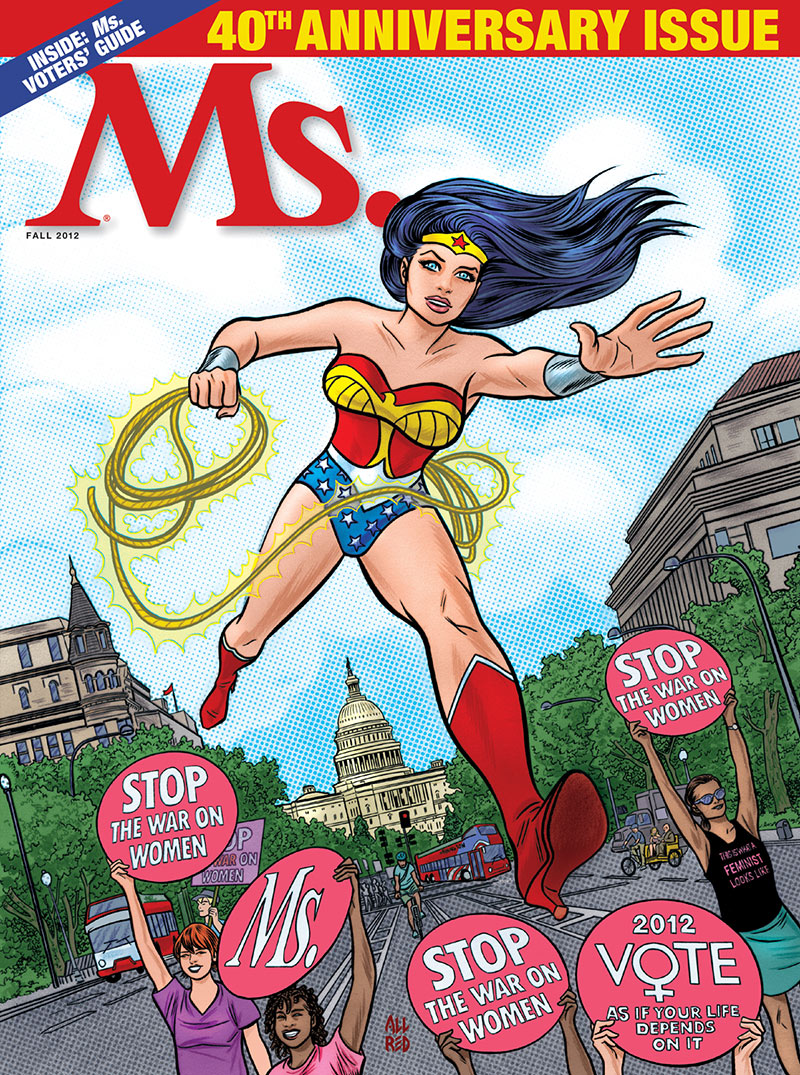 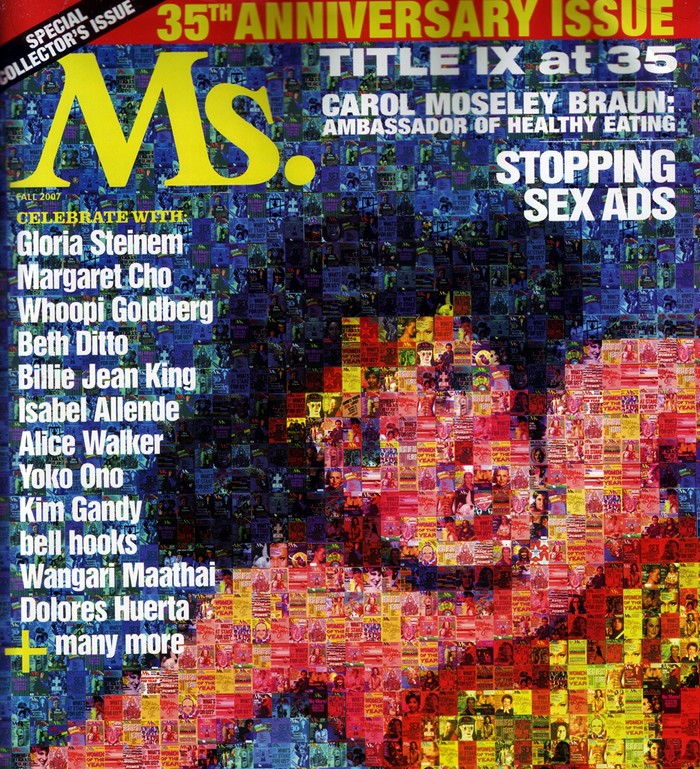 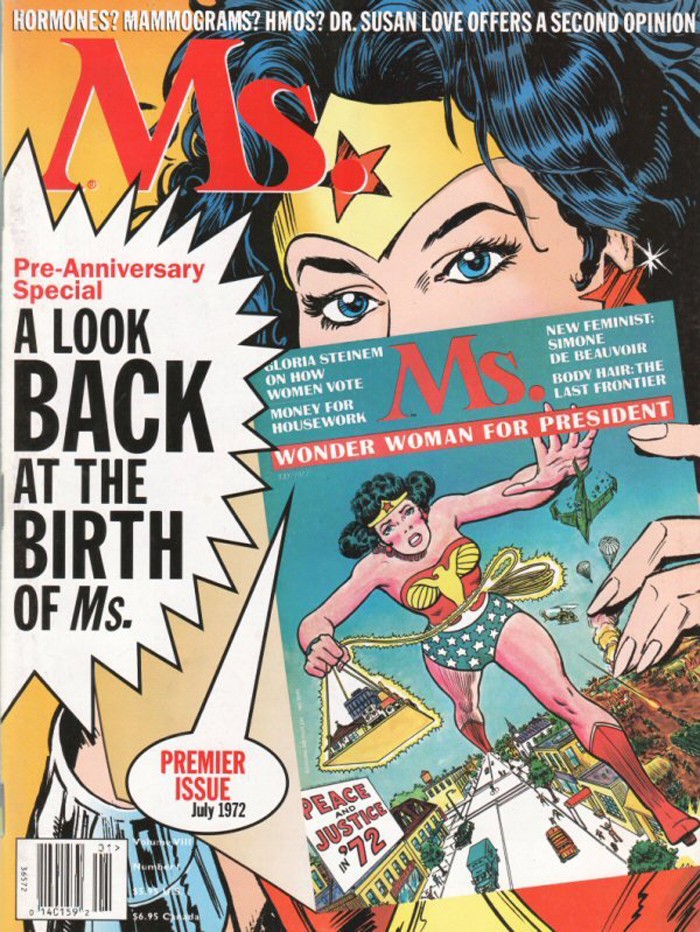 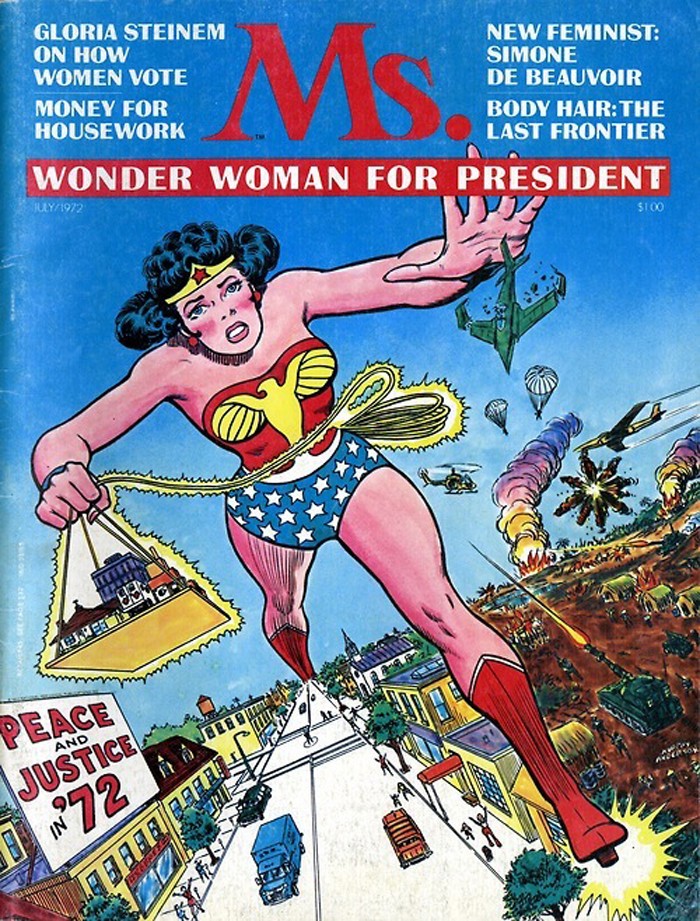