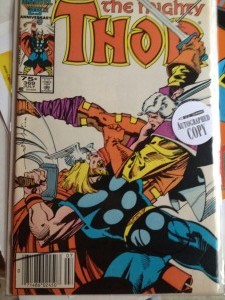 “New York Comic Con and ReedPop have been very good to us, and this is one small way of giving back,” said Ed Catto, Retropreneur and co-founder of Captain Action Enterprises.

Additionally, the Captain Action booth will be giving away stress ball “brains” to celebrate the return of Captain Action’s arch-foe, Dr. Evil. As an insidious alien, Dr. Evil’s striking countenance is topped off by his creepy exposed brain.  Available while supplies last, these Brains will be given away to all fans and no purchase is necessary.

“This will be a busy year for us at NYCC”, said Joe Ahearn, co-founder of Captain Action Enterprises.  “We’ll be debuting our second wave of Toys featuring Dr. Evil, Thor and Loki and our new merchandise from Titan. We’ll also have the legendary Walt Simonson and pulp author Jim Beard on hand to autograph copies.  Oh, and we have a panel and a big announcement too!”

Captain Action is based on the action figure created in 1966 by Stan Weston for Ideal Toys and sold internationally. The hero came equipped with a wardrobe of costumes allowing him to become many different heroes such as Batman, The Lone Ranger, the Green Hornet and many more. In 1967, Captain Action proved so popular that the line was expanded to include a sidekick, Action Boy and a blue skinned alien foe with bug eyes, the nefarious Dr. Evil.  The following year, DC Comics licensed the character from Ideal and published five issues of Captain Action featuring industry luminaries such as Jim Shooter, Wally Wood and Gil Kane.

The line has experienced as strong resurgence, complete with an all-new toy line that debuted earlier this year.

“For our gift-with-purchase, we’re offering the best recent comics as well as vintage treasures.  Some gems include vintage Kirby Thors and a Romita Captain America, guest-starring Spider-Man.  We even have a few Wally Wood issues in there.  It’s our hope that we’ll reward collectors and provide a unique gift to younger fans, “ said Catto.