The Tower Chronicles Marks the Arrival of Legendary Comics 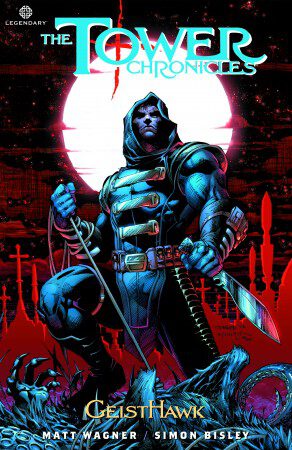 Legendary Comics launches their first series today with The Tower Chronicles: Geisthawk – Volume 1, from Matt Wagner and Simon Bisley. The 48-page prestige format release begins a new universe that represents the kinds of comics Legendary intends to explore. The Tower Chronicles is the tale of John Tower, a supernatural bounty hunter. His missions lead him into mankind’s most dangerous places to banish poltergeists, demons, and other supernatural evils that plague his “sometimes respectable” patrons.

The first issue sports two different covers, one from Bisley, perhaps best remembered for his work on Lobo in the 1990s, and Jim Lee, DC Entertainment’s co-publisher, inked by his usual partner Scott Williams. The series is being inked by Rodney Ramos, the journeyman inker best known for his work on Transmetropolitan.

The Tower Chronicles: Geisthawk – Volume 1 was written by Wagner (Grendel and Mage) in consultation with Thomas Tull, founder of Legendary Pictures. It’s interesting to note that the copyright is shared by Wagner and Legendary. The story is set in contemporary times but clearly has supernatural elements starting with Tower himself and the monsters he is charged with apprehending. As usual, Wagner’s writing is clear and never less than interesting to read. Bisley’s claustrophobic, dark artwork is great for the monsters, less so for the people inhabiting the pages. 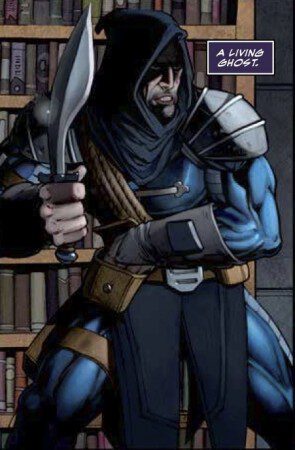 The first serial is part of a trilogy, Wagner has told the media he has already written a total of eight volumes so the adventures are only just beginning.

The comic imprint is a subsidiary of Legendary Pictures which has co-produced countless films including many in the genre such as 300 and The Dark Knight trilogy. Editing the line is Bob Schreck, formerly of Dark Horse and DC Comics. Last year, the company debuted with Frank Miller’s former Batman project, Holy Terror.

Wagner and Schreck are taking reader questions over at the title’s Facebook page. There, additional background on the world and characters are presented, along with previews of subsequent stories