Mindy Newell: I Didn’t Do It! 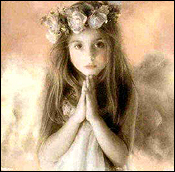 Weird comics synchronicity. My cousin Penny met and married a guy named Ken Landgraff – and no, I had absolutely nothing to do with it. Some of you may Ken through his work for Marvel and DC back in the day when he drew Nightwing and Flamebird, Hawkman, and Wolverine. He also worked in the studios of Gil Kane, Rich Buckler, and Howard Nostrand, and he drew for Screw magazine. Kenny’s a very cool guy, and we’ve had mucho conversations about comics and pop culture over the years.

So there I was last week, out on Lawn Gisland (that’s Long Island for you non-New Yorkers) celebrating Rosh Hashanah with the family, imbibing lots of fine drink and dining on a cornucopia of fantastic food, laughing and just plain getting silly, when Ken asked me “Did you really put a used Tampax on the door of an editor at DC?”

And I was feeling no pain, as they say, and I just stared at him and went, like, “What the fuck are you talking about?”

Ken said that he had been told by – and I promised him I wouldn’t tell anyone who had told him this, so I’m leaving that person’s name out of this column – that I had taken a nicely bloodied Tampax and attached it to the door of some editor at whom I was pissed. He didn’t say if I had left a note or not.

Quick aside here. I just called Mike Gold and asked him if he had every heard this story about me. “No,” he said. “But under certain circumstances I would find that admirable.”

After making a face and blinking a few times, I said to Ken, “You’re serious?”

“Kenny, you don’t really think I would do something that disgusting, do you?”

Okay, I think to myself, we’ve all had a few too many here. Don’t get mad.

I said, “Kenny. My dear cousin. Have you ever known me to be bothered with signs and symbols when I’m pissed off? Have I not always been the first one on the soapbox with a bullhorn yelling fuck off! for the whole world to hear?”

Case in point. Check out my interview with Gail Simone in which I relate the story of how my comics career almost came to a very abrupt end if not for Marv Wolman. (Attention K-Mart Shoppers and All Aspiring Comics Pros: Do Not Try This At Home!)

Screaming fuck you and other assorted colorful catchphrases is not something to be proud of. Well, maybe a little. Depends on the circumstances. Sometimes telling someone to fuck off is exactly the right thing to do. Like when I was fired from a hospital for being Jewish.

Yep, you read that right, boys and girls. Li’l ol’ me and my yiddishkeit blood offended my anti-Semite bigot of a head nurse, who trumped up charges against me. How do I know this? Because my so-called friends at work told me that she would call me “kike” and “Hebe” behind my back. I call them my so-called friends because when I asked them to go to the administration with me to report this, everyone backed out, not wanting to “get involved.” This was before this modern age of what’s called “zero tolerance rules” at work.

Anyway, the bigot took me downstairs to a meeting with the administration, who offered me a chance to resign. Guess what happened when I brought up the bigot’s use of language about me? They gave me a blank piece of paper, said, “we’ll give you a few minutes to think about it. We’re sure you’ll do the right thing,” and left the room. I took that paper and wrote on it in big letters f-u-c-k y-o-u!!!! and walked out.

That’s an example of a circumstance in which the use of colorful language is appropriate and needed.

I don’t think using colorful language to a DC editor, especially when you’re just starting out, is the wisest thing to do. You may disagree with me, but frankly, I was lucky I didn’t get my ass kicked down the elevator shaft; besides, stories of your use of colorful language, or about how you hung a used Tampax on an editor’s door, will follow you around.

All the way to a Rosh Hashanah dinner with the family decades later.

And then you’ll stop wondering why offers of work dried up.