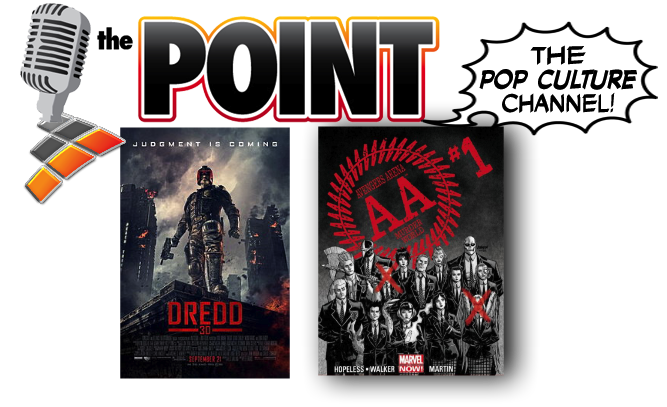 Coming this weekend, DREDD 3-D gives the beloved comic series a new shot at big screen success, and star Karl Urban tells us why this is the JUDGE DREDD you have been waiting for. Plus don’t call NBC’s new series, REVOLUTION, an “end of the world” story. Eric Kripke, Billy Burke and more of the cast are here to explain why it is so much more – and Marvel adds two more titles to Marvel NOW including an “Avengers Battle Royale”?