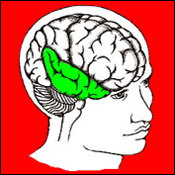 So what’s in Mindy’s head today?

I haven’t been to a convention in a long, long time, but reading about some of the ComicMix crew’s sojourn to Baltimore (here and here) lit up my temporal lobe – that’s the part of the brain responsible for memory, for you non-biology majors out there. James Doohan (Chief Engineer Montgomery “Captain, the engines canna take it” Scott of the U.S.S. Enterprise NCC-1701) in the “green room” at ICON spilling his coffee all over my new outfit and his gentlemanly response as he went to wipe my chest and then blushed, stopping himself just in time. London in 1986 – walking through London with Archie Goodwin, Mark Gruenwald, Louise and Walter Simonson. Meeting Neil Gaiman and John Wagner. Forgetting that I met John Higgins and then marrying him 17 years later. The British Museum. The Tower of London. Breakfast with Mike Grell and Tom DeFalco. Toronto: sitting on a panel with Chris Claremont. Chicago: Meeting Kim Yale and John Ostrander and Joyce Brabner and Harvey Pekar. Michael Davis in the audience lending support and trying to fluster me (“Number Nine. Number Nine.”) during the Women In Comics panel. Hanging out at the pool with a bunch of comics pros and getting such a great tan that my coworkers back home thought I had gone to the Caribbean for the weekend. Sitting next to Julie Schwartz at the DC booth. Being followed into the bathroom by a fan wanting an autograph.

Over at The League Of Women Bloggers on Facebook, I found out about a troll who has been sexually harassing and threatening women pros and their families on the net. As I said there, “I would like to know why it took Ron Marz and Mark Millar (and kudos to them for doing so) to take the asshole on. Having never been subjected to the troll’s attacks, I was ignorant until I read about it here. However, I will say that if I had been attacked like this, I would not have stayed quiet. (Anyone who knows me should not be surprised.) I would have taken him on, language for language, and if it had continued, I would have contacted the authorities. So, girlfriends, I do have to say…why didn’t anyone who was being attacked by this asshole not take him on? My graduate paper for school was ‘Horizontal, Lateral and Vertical Violence in Nursing.’ It’s a worldwide phenomenon in the field. What this trolling ogre has been doing is the same thing (and it occurs on the net in nursing, too.) And every peer review paper I read, every person I interviewed, said the same thing – those who are attacked in this manner must come forward. It’s the only way to stop it.”

Reading comics as a kid taught me the meaning of “invulnerable” and that the sun is 93,000, 000 miles from Earth. (Thanks for the editor’s notes, Julie!) It opened my mind to the infinite possibilities of “life out there” and the wonders of the universe. It taught me that guns are bad and life is precious. It taught me to love reading. I mentioned this to daughter Alix’s husband, Jeff, who is a professor in the City University of New York system and teaches remedial English, suggesting that he use comics as part of his syllabus. He’s looking into it.  If he can get into his office. The key the administration doesn’t open the door. Ah, CUNY.

Conspiracy moment: It might be my writer’s brain, but can’t help having a suspicion that the release of The Innocence Of Muslims (the video that launched horrific demonstrations against the U.S., Israel, and the Western world all over the Middle East, Indonesia, and Malaysia, and resulted in the deaths of our Libyan ambassador and three others) was an act of Al Quada, especially as it occurred on September 11, and especially as Ayman al-Zawahiri, who took over as head of the terrorist organization, released a message on the net calling for an uprising. Laugh if you must, scoff if you will, but I won’t be surprised if the New York Times reports that a link was found by our intelligence agencies.

The Giants lost their opening game. They deserved to lose. They looked horrible. Their offensive line is non-existent. For this I missed Bill Clinton’s speech at the Democratic Convention?

La Shonah Tova, everybody! That’s a big Happy New Year to all of you!