John Ostrander: How I Learned to Write 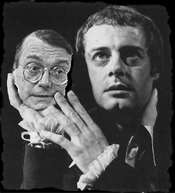 One of the pleasures of the Internet and of Facebook in particular is that sometimes old friends find you or you find them and you get a chance to re-establish old bonds. One such for me is David Downs who I knew in my Loyola University theater days. Recently, he was asking about my writing and about writing plays and I realized – by Gum! – there was a column in it. Thanks, David!

I’m essentially self-taught as a writer. I’m not putting down writing classes or seminars; I’ve taught some myself. As I think I’ve said elsewhere, however, the theater was my writing school. Much of what I’ve learned about writing comes from my days in theater. I was an actor, a director, a playwright, a sometimes techie, a teacher and occasional inept producer.

My sense of structure comes from the theater and my work as a playwright, an actor, and a director. All three demanded that I be able to break down a play, to comprehend where the conflict lay and how the action built to a climax, how it paid off. The acts break down into scenes and the scenes into beats. A beat can be described like a heartbeat – ba-DUM, ba-DUM. It’s an action/reaction, usually between two characters but it can be one character (witness Hamlet’s “to be or not to be” soliloquy) or even two groups of characters.

I learned from theater that everything is defined by action and that includes the dialogue. No one ever just talks – they confirm, they deny, they ask, they reject, they explain, they lie, they oppose, they attack, they defend and so on and so on. How they express themselves reveals something about them as characters. Do they hide behind words? Do they not know how to use words? What is the rhythm of their speech? Do they use long words? Do they use short sentences? Shakespeare wrote in iambic pentameter but his characters do not all speak in the same way. How characters speak reveals themselves as people, often in ways they don’t expect. It happens in every day life; that’s why it works in theater or in writing.

From Shakespeare I also learned how theme should be tied into plot – hard wired in. It’s not something that you overlay; it’s not the “moral” of your story. On any given topic, it’s hard to tell what Shakespeare “thought.” That’s because he was so brilliant at exploring and expressing different and even diametrically opposite points of view. What his characters said on different topics fit because in the plot it was appropriate at that moment to advancing that plot. It was deciding their actions and those actions drove the play.

Case in point – in that same “To be or not to be” speech I mentioned earlier, Hamlet is trying to decide whether to kill himself or not. He debates the pros and cons with himself. He’s trying to determine his course of action. If it’s just declaimed as a beautiful piece of poetry or philosophy, it misses the point. It needs to have an urgency, a real sense that Hamlet just might kill himself if he can’t find a reason why he shouldn’t.

I’ve learned other things from other playwrights – Samuell Beckett and Harold Pinter taught me about economy of language. George Bernard Shaw was very good at wedding social issues with bright characterization and very clever dialogue.

I also learned a lot of Improvisational theater. My sometime writing partner, Del Close, taught many, many classes in Improv and I was privileged to be in some. He taught as well as directed at Second City for a couple decades before moving to the ImprovOlympics. Del was famous for hurling chairs at actors if he felt they were going for the funny. He wanted them to go for the true because, as he often said, “Reality is far funnier than you can ever hope to be.” He wanted the moments that would reveal situations and characters.

He also wanted us to “start in the middle and go on past the ending.” He wasn’t interested in “all that boring exposition crap” and he wanted to see what the next moment was beyond what should have been the end of the story. He wanted the next day after “happily ever after.”

One of the really big things I took away was how little exposition we really need to get into the story. Much less than most writers would think. Assume the readers can keep up. Stan Lee did that with many stories; he’d start you in the middle of a fight and promise to catch you up as he went. He did, too.

From the theater I learned to do without explanation. Don’t tell the reader what to think or feel; let them think and feel and then tell you. Character is to be found in contradiction; don’t try to resolve the contradictions – explore them. I learned all this from constant repetition until it has sunk deep into me; it becomes second nature.

It comes down to this. If you’re going to be a writer, then write. Don’t talk about it, don’t just think about it – do it. A lot of what you write at first may be twaddle. That’s okay. Write the crap out of your system and keep improving. I believe I’m a good writer but not yet as good as I can be and I hope that never occurs until the day I die.