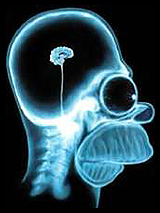 Last week in this space  I discussed some political incidents, namely Rep. Todd Akin’s comments about women and rape, Tennessee state Sen. Stacey Campfield (R) who talked about how heterosexual sex doesn’t result in AIDS, and how Texas Judge Tom Head talked about how Obama’s re-election could result in Civil War. I said, “Individually, they are incidents; link them together and they’re a narrative.” Let us examine that further.

Our lives are filled with narrative. Elements are selected, others are omitted, some are highlighted and some are downplayed. That’s how a story is put together; what’s important to the narrative we’re telling? Does that make it untrue?

We all create narrative. I was listening to David Eagleman on NPR; he’s a neuroscientist with what sounds like a fascinating book – Incognito: The Secret Lives Of The Brain that I’m getting. He said (and I’m paraphrasing but I think I got it right) that our mind takes in all the different stimuli that our senses give us and, in order to make sense of the world around us, creates a narrative – our version of reality. It’s why so many different people can experience the same thing and walk away with a different narrative about it – a different reality. It’s not a lie; it’s a different interpretation. It’s one of the reasons we create stories – in order to share our realities and see if they match up with anyone else’s reality.

CNN columnist L.Z. Granderson does a masterful job of creating a narrative as he links Akins comments to the GOP platform that rejects all abortions without exception. As the Brits would say, I think it’s “a fair cop.” Akin’s comments illuminate the thinking behind the GOP plank. The GOP VP candidate, Paul Ryan, co-sponsored bills Akin put up to ban all abortions. That’s relevant.

Akin went on in his comments. “But let’s assume that maybe that [the female body closing down] didn’t work or something: I think there should be some punishment, but the punishment ought to be of the rapist, and not attacking the child.” In that statement, what element is missing? The woman who was raped. That’s the element left out of Akin’s narrative because it’s not part of his reality and it’s left out of the GOP plank because its not part of their narrative, their reality, as well. The woman who was raped is not an important part of their equation.

The narrative in this case becomes that all of these stories, taken together, is how the GOP right wing thinks. You can sell that story. I could sell that story to an editor. Can the Democrats sell it to the voters? We’ll see.