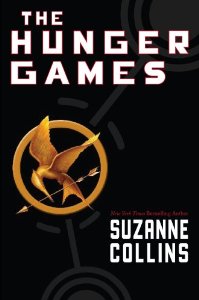 This story is a week old, but I neglected to mention it when it hit: Amazon declares that Suzanne Collins’s “Hunger Games” trilogy is the highest-selling series ever for them in the US.

This does not mean that Collins’s books have sold more copies overall than, for example, J.K. Rowling’s “Harry Potter” series, which was the prior record-holder. And it doesn’t mean any of the things implied in Sara Nelson’s self-lauding statement at the link.

What it means — and what everyone who works in publishing already knows, but doesn’t usually like to say in public — is that Amazon is capturing an ever-larger share of the book business, which means that they sell a larger percent of books now than they did ten years ago — so of course the big sellers now are bigger for Amazon than the big sellers were ten years ago. (Look for a similar statement about those “Fifty Shades of Grey” books in another year, especially if a movie does get made.)

This is good if you think that a single retailer should dominate the entire retail landscape for a particular kind of product. If you don’t think that’s such a good thing, your mileage may vary.

But what the statement really is saying is “we own the book market now, suckers.” So you might as well learn to love Big Brother.