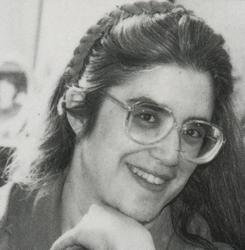 Josepha Sherman, folklorist, anthologist, and science fiction and fantasy author and editor, has died at the age of 65.

Josepha published many books over the years, know equally for her tie-in work on Star Trek, Buffy The Vampire Slayer, Highlander, Gene Roddenberry’s Andromeda, and Xena, her original fiction such as the Prince of the Sidhe series, her anthologies such as Rachel the Clever: And Other Jewish Folktales and Urban Nightmares (which happened to be where my first original short story, “Dark Of Night”, was published) and her academic and educational books.

Her last fiction book was Epiphany: Vulcan’s Soul Trilogy Book Three, co-written with Susan M. Shwartz. Her masterwork, the 904 page Storytelling: An Encyclopedia of Mythology and Folklore which she edited and contributed to heavily, was published in 2008. With her focus on pop culture and folklore, collaborator Mercedes Lackey called Josepha “the common man’s Joseph Campbell”.

She was also a tremendous fan of the ponies, and she would invariably greet me whenever we met with, “So, who do you like in the (insert next big horse race here)?”

Funeral services will be held in Connecticut on Monday. Details to follow.

Our condolences to all her friends and fans.