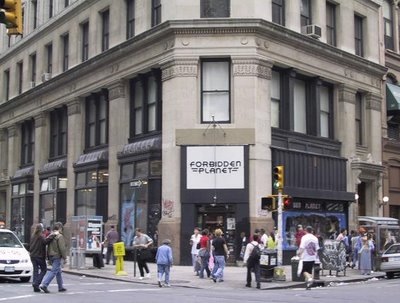 Long rumored to be moving (perhaps due to the giant FOR RENT sign on the building), Forbidden Planet, one of NYC’s longest-running comics shops, is moving a few doors down the street to larger digs, according to manager Jeff Ayers. The new location, 832 Broadway (between 13th and 12th Streets), provides 3400 sq. feet of space for comics, toys and games, and it’s the largest of the three spaces the store has held on that same block over the years.

“This expansion has been necessary for some time now, and will allow us to provide our customers with even more product selection and depth, while streamlining the store’s layout to one convenient floor,” said Ayers in a statement.

The new store opens Tuesday, July 24th 2012 in a “soft launch,” but there will be a bigger launch party later. The olde shoppe closes on Sunday, July 22nd.

The olde shoppe had a nice corner location but definitely was a bit cramped and narrow…we’ll look forward to checking out the new space. 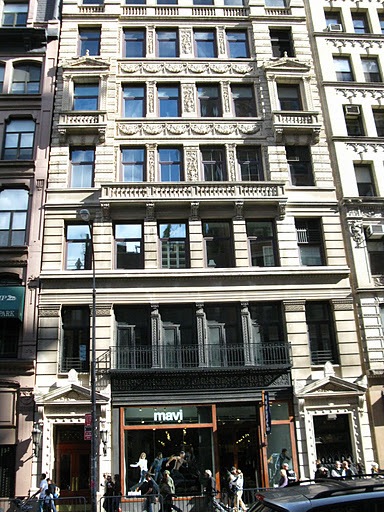