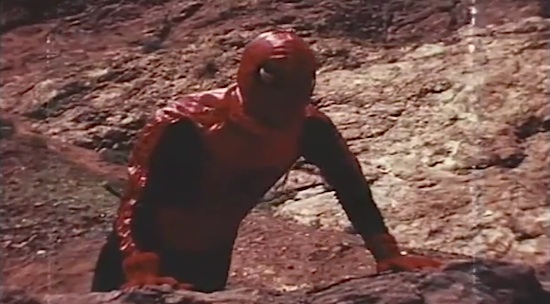 This is the first ever documented Spider-Man fan film, and the first (unofficial) live action appearance of Spider-Man from way back in 1969. This was produced by Donald F. Glut, who at the time was writing for Warren Magazines (Creepy and Eerie) and would later go on to write Captain America, The Invaders, Conan, and Kull for Marvel, and what he may still best be known for, writing the novelization for Star Wars: The Empire Strikes Back.

This was Don’s last amateur film (he had produced many other fan films before this) before moving on to write for classic cartoons like Transformers and Spider-Man and His Amazing Friends.