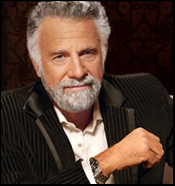 In this space last Saturday, my dear friend and adoptive bastard son Marc Alan Fishman stated “modern comics are writing rings around previous generations. We’re in a renaissance of story structure, characterization, and depth… I’d like to think we the people might defend the quality of today’s comics as being leaps and bounds better than books of yesteryear.”

Simply put, the dear boy and my close pal and our valued ComicMix contributor is full of it.

Don’t get me wrong: there’s a hell of a lot of great writing out there today, and I agree with his opinions about most if not all of the young’un’s he cites. Today’s American comics reach a much wider range of readers. There’s also a hell of a lot more comics being published today – although those comics are being read by a much smaller audience in the aggregate – and I take no comfort in saying there’s more crap being published today as well: Sturgeon’s Law is akin to gravity. Marc’s comparison to the comics of the 1960s and 1970s is an apples-and-oranges argument: the comics of the pre-direct sales era, defining that as the point when most comics publishers virtually abandoned newsstand sales, were geared to a much younger audience. Even so, a lot of sophisticated stories squeaked through under the “Rocky and Bullwinkle” technique of writing on two levels simultaneously.

As I said, there are a lot of great writers practicing their craft today. Are they better than Carl Barks, John Broome, Jack Cole, Will Eisner, Jules Feiffer, Archie Goodwin, Walt Kelly, Harvey Kurtzman and Jim Steranko … to name but a very few (and alphabetically at that)? Did Roy Thomas, Louise Simonson and Steve Englehart serve their audience in a manner inferior to the way Jonathan Hickman, Gail Simone and Brian Bendis serve theirs today? Most certainly not.

Then again, some of the writers he cites are hardly young’un’s. Kurt Busiek has been at it since Marc was still in diapers. Grant Morrison? He started before Marc’s parents enjoyed creating his very own secret origin.

Marc goes on to state that John Ostrander and Dennis O’Neil would say that the scripts they write today are leaps and bounds better than their earlier work. I don’t know; I haven’t asked them. But I can offer my opinion. Neither John nor Denny are writing as much as they could or should today because they, like the others of their age, they are perceived as too old to address the desires of today’s audience – which, by the way, is hardly a young audience. I wonder where this attitude comes from?

But let’s look at the works of these two fine authors from those thrilling days of yesteryear. John’s Wasteland, GrimJack, Suicide Squad, and The Kents stand in line behind nothing. As for Denny, well, bandwidth limitations prohibit even a representative listing of his meritorious works, and I’ll only note Batman once. Let’s look at The Question. A great series, and he wrote that while holding down a full-time job and while sharing an office with a complete lunatic. Then there’s Green Arrow, Green Lantern, Iron Man, The Shadow… hokey smokes, I wake up each Thursday morning (in the afternoon) blessing Odin’s Bejeweled Eye-patch that Denny is writing his ComicMix column instead of spending that time doing socially respectable work.

I am proud of this medium and its continued growth – particularly as its growth had been stunted for so long. And I’m proud of my own service to this medium. But, as John of Salisbury said 953 years ago, we are like dwarfs sitting on the shoulders of giants.

And, standing on those shoulders, we swat at gnats.