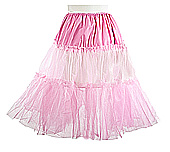 Picking up the thread…

College a no-go. Work a disaster. Israel a bust.

Spending a lonely night sitting in the terminal at Lod Airport (now David Ben Gurion Airport) waiting for my 5 A.M. flight to New York. Trying to ignore leering men. Struggling to stay awake. Not knowing where to go or what to do. Thinking I didn’t have a friend in the world. Nor a family. Believing they were so disgusted with me that my dad would rather foot the bill to keep me away from home than have me there. Wishing I was brave enough to go to Paris, London, Rome or Madrid. All I had to do was exchange the ticket.

I landed at JFK Airport. No one there to meet me.  Three hours later my mom and my Aunt Ida showed up.

Aunt Ida. She had an uncanny ability to show up when I was in trouble or unhappy, no matter where or far away I happened to be.

The first time was when I was staying at my Aunt Augie’s house on Long Island while my parents went on a trip. My aunt had gotten me an absolutely beautiful party dress to wear to a birthday party. Only it had a crinoline undergarment. Crinoline, for those of you too young to remember, was a god-awful material that looked like lace soaked in lacquer. It was as stiff as a board and scratched – no, stabbed – the skin. Well, my aunt put me in this dress and I was in pain. I cried and carried on and basically threw your average terrible childhood tantrum, even throwing ice cream into the face of the birthday girl. (I was really little, which perhaps explains my inability to simply tell my aunt that the dress “wasn’t working for me.”) Even after the dress came off, I continued to sob. After hours of this, the doorbell rang. Aunt Augie went to the door, and there stood her sister (my mom’s sister, too, of course), my Aunt Ida. I ran into her arms, screaming Fairy Godmother! Help me!! In her arms I quieted.  (Poor Aunt Augie. I so hurt her feelings.)

The second time that stands out in my memory is the time I was seven years old, and away at camp. I was climbing a tree. Climbing higher and higher, ignoring everyone far below me to come down. I climbed until I couldn’t climb any higher, and promptly fell off the tree. Whomp! A perfect executed, score ten, belly flop. My face kissed the pavement. Hell, my face tongued the pavement.  I remember voices around me. And lifting my eyes to see… my fairy godmother. Aunt Ida.

And here she was again, my fairy godmother. Come to rescue me from JFK airport.

Come to rescue me from myself.

Next week: “All you can do is open up the throttle all the way and keep your nose up in the air.”