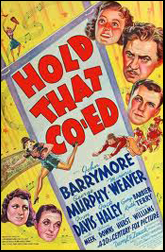 I wasn’t sure what to write about this week. Then I read Martha’s column about Neil Gaiman’s commencement speech at the University of the Arts in Philadelphia, and I watched the video. Then I read Denny’s column about what it takes to get hired. So I thought I might put my two cents in by telling you a bit about my experiences with success and failure.

When I graduated from high school back in the dark ages, I didn’t really have a clue what I wanted to do. No, that’s not it exactly. I knew I was going to college because… well, it was what was expected of nice Jewish girls of a certain economic class. I had some vague idea about going to medical school; mainly, I think now, because when I was young I would tell the adults who asked that I was going to be a neurosurgeon – they always laughed when I said that, that I distinctly remember – but don’t ask me why I picked that particular specialty. Maybe because of Ben Casey, or maybe because I just liked the sound of the word itself. Anyway, that autumn I would be off to Quinnipiac College – it wasn’t yet a university in 1971 – as a biology major, because that seemed a good idea for someone who wanted to be a doctor. Quinnipiac wasn’t even my first choice; that was Boston University and the College of Nursing.

My parents were proud of me.

My friends were impressed.

My boyfriend tried to warn me.

I was just along for the ride.

My first semester at Quinnipiac was a disaster. Besides the usual freshman blues, gaining 10+ pounds, and having a stick for a roommate, I hated my classes. It was all hard science and math, and my professors were incredibly boring. Except for English 101. My professor was a hippie and the textbook was the Playboy College Reader, and no, it did not contain the Playmates of the Months. It was chock full of the truly great and weird and fascinating articles, stories, and interviews found within Playboy – yes, they are really in there, folks. I read stories by Harlan Ellison and Isaac Asimov and Philip Roth. I read interviews with Alex Haley and Timothy Leary and Ken Kesey. There were articles about the Vietnam War, Black Power, and Richard Nixon’s administration. My professor led us in fascinating discussions and I got to write some really cool papers on some really far out subjects.

Without telling my parents, I switched my major for the second semester to English with a minor in Women’s Studies. I took Introduction to Science Fiction and An American History of Women along with other rockin’ classes. I started to feel really good about myself – successful – and lost the 10+ pounds.

Then I came home for the summer and all hell broke loose.

“English?” my mother scoffed. “What are you going to do with that?”

“Women’s Studies?” my father yelled. “What, you need to go to school to learn how to be a woman?”

“You’re not going back,” they both said. “You’re going to go to work and learn the value of a dollar.”

To their eyes I was a failure.

And my mirror backed them up.