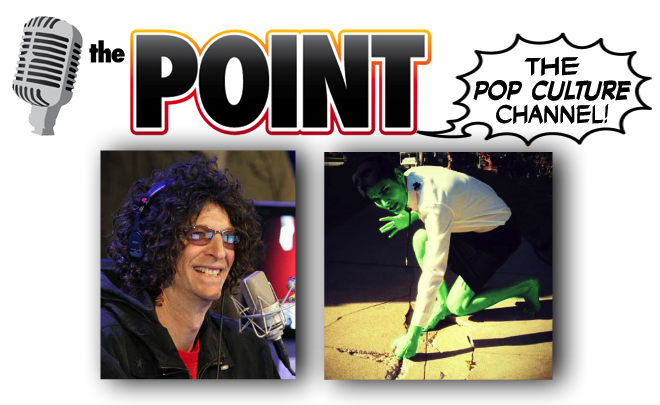 Howard Stern has stepped into his new role on AMERICA’S GOT TALENT and guess what – the world didn’t end!  Howard talks to us about how NBC has treated him so far, his response to fans who said he “sold out” and why he feels he is “America‘s Judge”. Plus the GHOST HUNTERS team talks about how their jobs and personal lives collide, and Angie Harmon could be a smashing She Hulk!

The Point Radio is on the air right now – 24 hours a day of pop culture fun for FREE. GO HERE and LISTEN FREE on any computer or mobile device– and please check us out on Facebook right here & toss us a “like” or follow us on Twitter @ThePointRadio.
Share