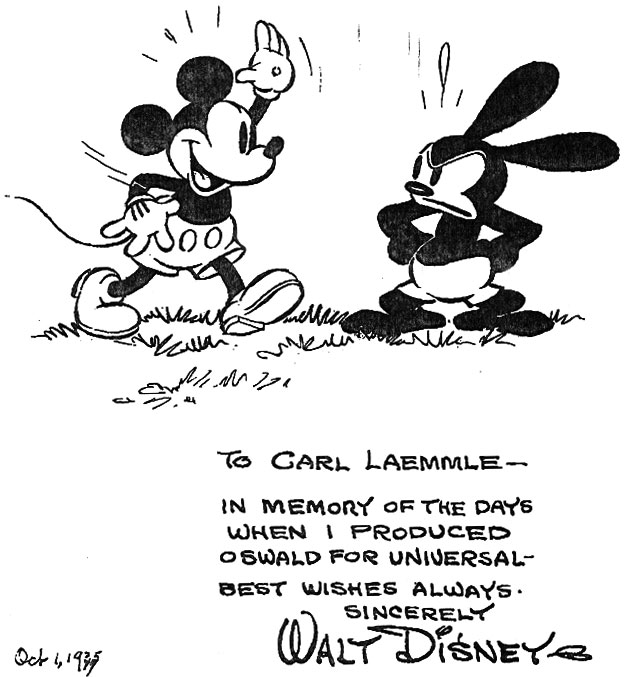 One would think that of all the major conglomerates in the world, The Walt Disney Company would have the greatest empathy and respect for creators who have made bad deals that resulted in their characters being torn from them. Disney, in fact owes its own success to its founder’s resolution resulting from having his creation hijacked by corporate greed.

In 1927, Walt Disney and his chief animator Ub Iwerks signed a deal with producer Charles Mintz to create a character so they could sell animated shorts to Universal Studios. Oswald the Lucky Rabbit became Disney’s first major success. Walt Disney, always striving for quality, saw his budgets becoming more costly and approached Mintz for more money. To Disney’s surprise Mintz outlined a plan where Walt would receive 20% less and was informed that Mintz contractually controlled the rights to the character and could produce cartoons without Disney. In fact, Mintz had already secured the services of all of Disney’s animators with the exception of Ub Iwerks. Disney refused to take the cut and walked away from his association with Mintz leaving his successful character behind.

Vowing to never let anyone else own his work again Disney started his own studio with his brother, Roy and Ub Iwerks, introducing the world to Mickey Mouse. Mickey’s initial start was slow going but Disney’s willingness to embrace the new technology of sound in film propelled the mouse to international stardom when he released Steamboat Willie in 1928.

The Walt Disney Company’s success since has been unparalleled and though Walt himself is often quoted as saying, “I only hope that we never lose sight of one thing–that it was all started by a mouse,” he must have been justifiably  haunted by the loss of  Oswald the Rabbit. It must have also been a thorn in the corporate culture of the entire company that Oswald had been orphaned because when Bob Iger was named CEO of the company he told Walt’s daughter, Diane, that he intended to bring Oswald back to Disney. Nearly eighty years after the character was estranged from Disney, Bob Iger did just that.

In 2006, Iger traded away sportscaster Al Michaels from Disney’s ABC and ESPN to NBC Universal for the rights to Oswald and a few other minor assets! Oswald the Rabbit came home to much pomp and circumstance and immediately became a co-star in Disney’s popular video game Epic Mickey where Oswald rules Wasteland, a world inhabited by, what else, forgotten characters. The Disney merchandising machine is slowly including Oswald in all things Disneyana but more importantly there is great satisfaction that Oswald is home where he belongs with his step-brother Mickey. 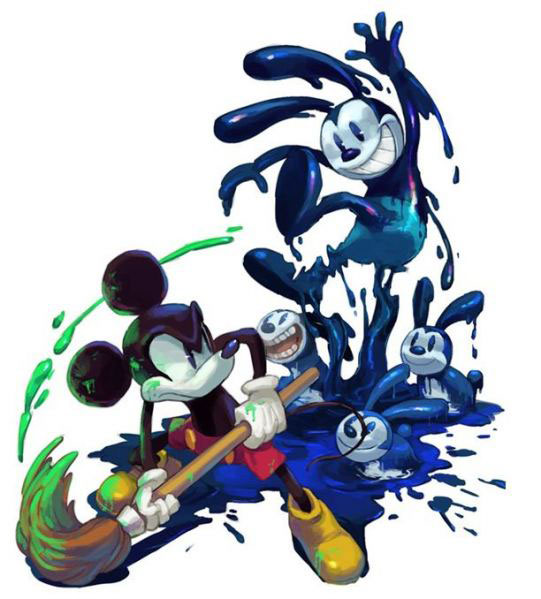 It is exactly this corporate culture righteousness that needs to be implored now that Disney owns Marvel Entertainment. A long trail of Marvel Comic creators have seen their characters harvested to the tune of literally billions of dollars with no compensation paid to the originators or their heirs beyond a meager initial page rate. Adding insult to injury these same creators are not even being acknowledged for their roles as creators in film credits for what can only be legal posturing. This is more than an injustice, this is a cultural travesty! Films like The Avengers have an opportunity, nay, a responsibility to properly credit the creative minds that laid the foundation for generations of entertainment by these characters. The audience has a cultural right to know the accurate history of these characters and the medium that they are derived from.

I can’t believe that a company as wealthy Disney cannot find a way to see the value of the good will that would be generated by establishing some sort of compensation or, at the very least, acknowledgement to the efforts put forth by these creators. I imagine that Walt Disney is rolling in his grave (or cryogenic chamber if you buy into that legend) at the thought of his own World of Tomorrow being such an unscrupulous, greedy, and callous place.

Maybe someday, just as The Walt Disney Company experienced the joy of the triumphant return of Oswald the Lucky Rabbit back into the fold of the Magic Kingdom, the legacy of the true original creators of the Marvel Universe will be fully embraced and that same joy can be experienced by those creative pioneers and their heirs. 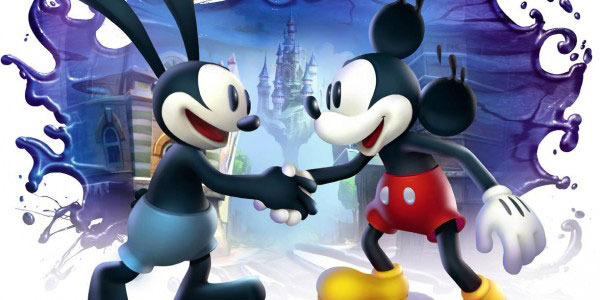 As Stan Lee, the only Marvel co-creator unabashedly and perpetually credited would say, “With great power comes great responsibility.” It’s time that Disney, Marvel, and Stan, himself, live up to that motto and do the right thing. 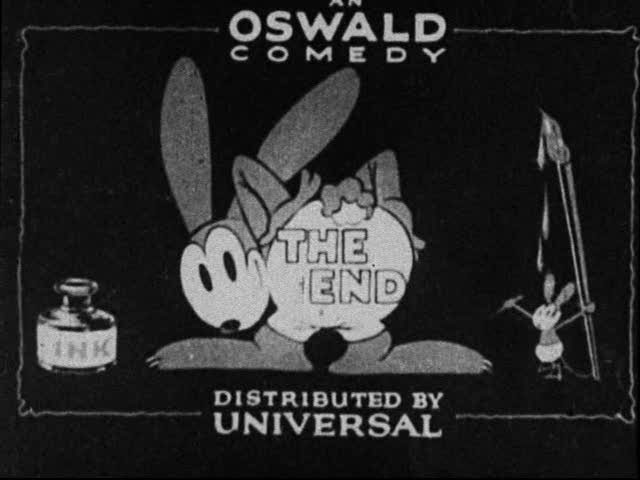