Marvel Leak Supports Theory of the 617 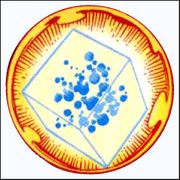 With X-Men vs. Avengers hitting the shelves this past week, fans are speculating just what the “shattering conclusion” hinted at in several teasers will be. Well, if the ramblings of a former Marvel graphic designer are to be believed, we’re in for something.

Mike Rifchin, an associate letterer was recently let go as part of Disney’s forced scaling back of staff, blogged major plot points coming up at the tail end of the summer blockbuster.

In his “…and a big F%#! You to Mickey” post dated March 29th, Mike let loose the following potential spoilers:

And the biggest spoiler of them all: After Hope decides to keep the Phoenix Force within her, Uatu leaves his post as a Watcher. “Hope is lost.”

And with it, so does the 616 universe. Uatu reveals his possession over the forgotten cosmic cube. What follows is a yet-to-be announced Flashpoint-esque universal reset. Due to the increased sales from DC’s relaunch back in August of 2011, Disney ordered the House of Ideas to match the success. According to Rifchin, the plans have been in place to reset things a bit. “Face it, with all the crap going on in Spider-Man, and all the different X-teams, and no real rise in sales over the last year? It doesn’t surprise me they’re playing the same weaksauce DC did – LAME!”

Rifchin’s blog has since been shut down by Disney and their team of mouseketeer lawyers.