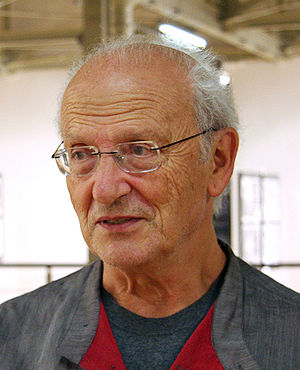 The BBC has bad news to report: Jean Henri Gaston Giraud, who first came to widespread prominence in America with the importing of Heavy Metal and known worldwide to his fans as Moebius, has died in Paris after a long battle with cancer. He was 73.

He was popular in the US and Japan, working with legend Stan Lee and manga artists, as well as in his homeland.

He also worked on design concepts and storyboards for a number of top science fiction films, including Alien, Tron, The Abyss and The Fifth Element.

Giraud trained at art school and turned to comics after working as an illustrator in the advertising and fashion industries.

His best known work in his native country was probably the Lieutenant Blueberry character but he also worked on the Silver Surfer with Stan Lee.

Active in comics since the 60s, Girard was a three-time Harvey Award winner and a two-time Eisner Award winner, and a Hall of Fame inductee for both. He also won the Shazam, the Yellow Kid (twice), the Angouleme International (three times), the Haxtur, and the World Fantasy Awards.

Here’s a trailer from the documentary Moebius Redux: A Life In Pictures, with commentary from Jim Lee, Mike Mignola, and Enki Bilal, where Giraud talks about his life and his work.