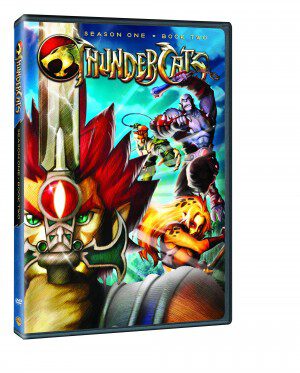 BURBANK, CA (March 5 2012) – A betrayal. A reluctant leader. A journey like no other. A roaring return for a mighty menagerie of animation icons. Join Lion-O, Panthro, Snarf and more as Warner Bros. Home Entertainment releases ThunderCats: Season 1, Book 2 on DVD June 5, 2012. The two-disc set includes eight action-packed episodes from the second half of the acclaimed first season of ThunderCats. Starring Will Friedle, Emmanuelle Chriqui, Madeleine Hall, Satomi Kohrogi, Matthew Mercer, Eamon Pirruccello, Kevin Michael Richardson, Dee Bradley Baker, Clancy Brown, Corey Burton, Robin Atkin Downes and Larry Kenney, ThunderCats is executive produced by Sam Register with Michael Jelenic and Ethan Spaulding producing. The DVD set is priced to own at $19.97 SRP and has an order due date of May 1, 2012. 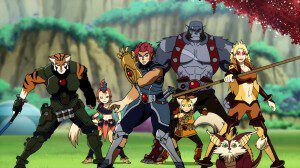 In this reimagining of the seminal series from the 1980s, the ThunderCats are back in an all-new animated series that purrs with sensational stories starring your favorite characters in a sharp new telling of the story of prince Lion-O’s ascension to the throne — and those who would thwart his destiny at any cost. Along with Lion-O, follow the adventures of Tygra, Panthro, Snarf, Cheetara, WilyKit and WilyKat. As the threats of Mumm-Ra ring in their ears, these determined Cats know what they must do: find the Book of Omens, which holds the key to their future. Using his powerful Sword of Omens to achieve “sight beyond sight,” Lion-O guides his friends across the lands, facing vicious foes and making new allies. Prowl with the ThunderCats in this all-new adventure series through outer wastelands, magical forests, other dimensions and even to the legendary temple that conceals their ancient secrets! 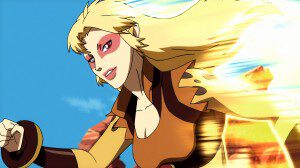 “ThunderCats — one of the most popular animated series of the 1980s — has been a household name for over 25 years and we are very excited to release the second installment of the first season of the all-new ThunderCats series on DVD,” said Mary Ellen Thomas, Vice President Family & Animation Marketing and Partner Brands. “The characters may be nostalgic, but the stories are fresh for a new generation, and the 21st century animation is superb — a must own for new and old fans alike!”

ThunderCats: Season 1, Book 2 DVD release will also include an UltraVioletTM Digital Copy which allows consumers to download and stream all 8 episodes via Wi-Fi to computers and compatible iOS and Android devices.* 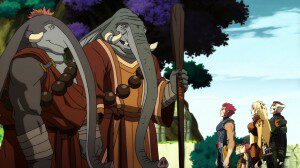 *Limited Time Offer.  Restrictions and Limitations apply.  Does not include iTunes Digital Copy file.  Go to ultraviolet.flixster.com/info for details.

The 21st century reimagining marks a creative collaboration between Warner Bros. Animation and Studio4°C, one of the most vibrant animation studios in Japan, giving the original characters a new cutting-edge look while remaining true to the compelling storylines and mythology of the original series.

All-new episodes of ThunderCats are coming soon to Cartoon Network.