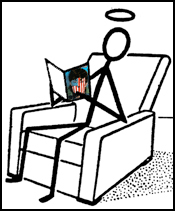 Got a concept for you. Ready?

You’re lovin’ it already, aren’t you?

For those of you who have never been Catholic, here’s a quick definition of patron saint, via the invaluable Wikipedia: “A patron saint is a saint who is regarded as the intercessor and advocate in heaven of a nation, place, craft, activity, class, clan, family, or person…(They) are believed to be able to intercede for the needs of heir special charges.”

I mean, when you think about it superheroes and patron saints have a lot in common. Both are dedicated to helping the good guys (though the definition of “good guys” is liable to change) and both have powers that help the aforementioned good guys. You’re Lois Lane falling from a window, you yell and here comes Superman to prevent you from splatting. You’re a Giants fan, you want your team too win the Super Bowl, you pray to the appropriate saint and – yay Giants.

Okay, maybe your saint didn’t affect the game directly – though who knows? – but he or she obviously had some influence on the final score. I mean, saints obviously have a lot of clout. And these things are, by their very nature, mysterious.

Now, I don’t know if there is actually a patron saint of football, or a patron saint of the Giants, or of the New England Patriots, but if not, these surely are blanks easily filed in. If we can put a man on the moon, we can give he Patriots a patron! And by the way, there is a patron saint of athletes: St. Sebastian. So what if a Giants fan and a Patriots fan both prayed to Sebastian? Gee, another darn mystery…Maybe whoever prayed loudest?

We’re going to ignore “pagan” deities, who had a lot in common with both saints and superheroes because…well, this is a Christian country! (I believe I heard a guy wearing a suit on television say that, so I know it has to be straight.)

And that brings us to patron superheroes, though there really isn’t much to say about them, once you acknowledge the similarities between saints and superdoers. It’s just a matter of dotting the I’s and crossing the t’s, and you can manage that on your own.

But to help you get started, here’s a brief, off-the-top-of-my-head list of heroes and what they might be patron of.

And to make it an even dozen –