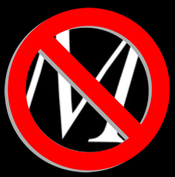 It’s not a black or white world. The world is made up of many shades of gray.

Yet somehow when something happens to a black character “racism” always clings to the debate.

There has been a flurry of activity since DC cancelled Static Shock. The DC official line is the book was cancelled because of sales. Some fans think DC should have kept the book alive by whatever means necessary and only canceled the book because they did not think enough of the character to change direction.

Some think that DC cancelled the book because Static was black.

What do I, co-creator of Static, think?

Sometimes the reason for something is not nearly as important as the thing.

In the almost 20 years that Milestone, I company I co-founded, has been around I’ve never publicly commented on the direction of the Milestone universe. Never a word on the management rather I was with the company or not. I’ll do it here, but just to make a point.

I mentioned in a post on ComicMix last week that there are some who think that DC cancelled the book because Static was black but somehow fail to acknowledge that DC published the book in the first place.  I love people who don’t let little things like the facts get in the way of a good conspiracy theory.

Over on my website, Danny Donovan wrote an amazing piece about the cancellation called “Not shocked.” A reader wrote a wonderful comment making the case that DC’s actions regarding the Static cancellation had strong overtones or racism.

I do not believe DC cancelled the book because of some racist agenda.

So why do I say the writer’s comments were “wonderful?” Because he presented his case, backed up his thoughts and wrote them in a clear concise way. I don’t have to agree with someone to acknowledge they make a good case.

A few years ago during The Black Panel at Comic Con International I addressed one of the many rumors about Milestone Media by telling the audience how Denys Cowan started Milestone and I co-signed, period. Milestone was Deny’s baby and without Denys Milestone never would have happened.

Soon after Comic Con, a blogger went on line and wrote that “his sources” told him that my “version” of Milestone’s origin was not the way Milestone started and because Denys (who was on the panel with me) didn’t say anything after I made my comments, somehow that meant I was lying.

Like I said, I love people who don’t let little things like the facts get in the way of a good conspiracy theory.

So, me being me, I went online and told this guy that his “sources” were wrong. He came back with “these are very good sources” and he was standing behind them.

He was standing behind “very good sources” instead of giving me (who was there) the benefit of the doubt. What I did next was tell him I’d give him ten thousand dollars if he could prove what he was telling thousands of people on the net.  If he didn’t prove it then he should give me ten grand or shut the fuck up.

He shut the fuck up.

The comment on MDW made by the guy who suggests racism had a hand in the cancellation of Static gave a few examples of DC purposive prejudice towards black characters and creators.

And… he made some good points. I know of one instance when he was on the right track. He did not give particulars so I cannot say for a fact that he was talking about the following incident but it fits the general description.

When Milestone started negotiations with DC there was one meeting in which an important high-ranking DC executive said that when it came to black characters in the market place, black meant death. He went on to suggest we don’t show the characters in any ads so as not to turn off the public. He finished once again with, “black means death.”

At that moment one more racist word out of his mouth may have meant death if the looks on the faces of Dwayne McDuffie, Denys Cowan, Derek Dingle and myself meant anything.

Here’s my two cents. That guy was an asshole and people in the industry generally accept that he was out of touch and yes I felt at the time he was racist.  I was in his office once admiring a photo of a sports car he had on the wall. “Maybe one day with a lot of hard work you can have a car like that,” he said with a smile.

I reached into my pocket and showed him my car keys. “I already have one.”

The look on his face was well worth the distain he showed me from that moment on. He never spoke to me again unless he had to.

I believe he was racist and because he was a high-ranking member of the DC staff I believe he could be a problem. Was he a problem? I can’t say for sure.

Jenette Kahn and Paul Levitz were his bosses and they believed in Milestone from day one, so fuck him. I saw him once after he left DC, he was very pleasant and so was I. Why be decent?

As Denys says, “too small, throw it back.”

That was then, this is now…

Hey Bruce! How you living? Guess how many sports cars I have now!

Here’d something that’s never addressed in these “DC is racist claims” concerning Milestone.

No founder of Milestone would stand for any Jim Crow shit. Not now, not then.

It will never happen and if some people would just look at the backgrounds and resumes of the founders they would know that Milestone is made up of people that Ice Cube famously said are ‘the wrong niggas to fuck with.’

Has race been an issue at DC?  Yes!  Race is an issue everywhere. The question is when race becomes racism. DC did not cancel Static because they were racist; they cancelled Static because the fans did not want to see one of the greatest characters ever created fighting a giant fish.

Lastly, DC took a risk with Milestone but almost twenty years later Milestone is still here, still a topic of conversation still a great universe with great characters and I’m sure that Static is a risk they will take again.

As Captain Kirk said, “Risk? Risk, is our business!”