IDW Publishing has released their solicitations for books releasing in April 2012. Here are some of their pulpier offerings. 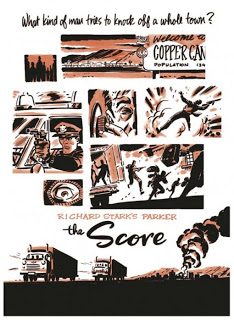 Fresh from his efforts on The Hunter and The Outfit, Darwyn Cooke now sets his steely sights on The Score, the classic Richard Stark Parker novel from 1964. Parker becomes embroiled in a plot with a dozen partners in crime to pull off what might be the ultimate heist — robbing an entire town. Everything was going fine for a while, and then things got bad. Considered one of the best in the Parker series, The Score is the perfect vehicle for Darwyn Cooke to pull out all the stops and let loose with a book that has all the impact of a brutal kick to the solar plexus! 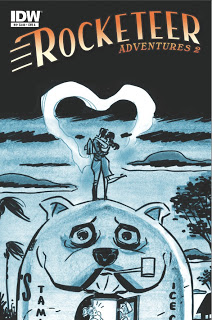 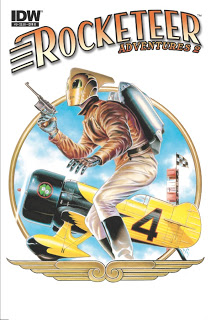 The second star-studded issue of Rocketeer Adventures streaks into the skies with three high-flying tales of derring do! We start with a story on a grim battle field and race to save a soldiers life. Next up Is a jealous Cliff keeping an eye on Betty in his own inimitable way. Last is a run-in with a Hollywood icon in danger!
Another 25 pages of gorgeous art and stories — and all for the price of a regular 22 page book! 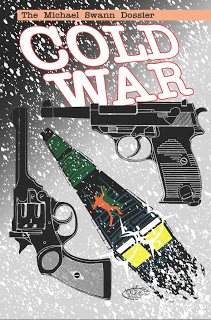 Byrne releases his latest creation, MI-6 agent Michael Swann. In Swann’s opening adventure, “The Damocles Contract,” the secret agent is called on to stop a defecting British scientist from granting the Soviets complete nuclear dominion over the free world… promising ample doses of intrigue and espionage. 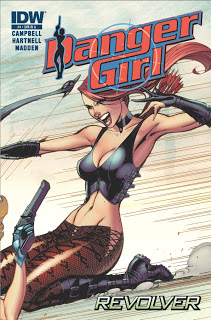 It all comes down to this!Â Join us in our action-packed, final issue as Abbey, Sydney and the rest of the Danger Girl team finally track down the mysterious Peruvian treasure.Â But when our heroes infiltrate the enemy’s fortress â€” only to find themselves facing a surprise fraternity of villains â€” will they ever manage to fight their way out?Â Find out as the year’s sexiest and most dangerous event concludes! 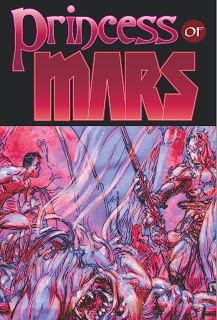 GENIUS, ILLUSTRATED: THE LIFE AND ART OF ALEX TOTH
Written by Dean Mullaney and Bruce Canwell, art and cover by Alex Toth.

Dean Mullaney and Bruce Canwell continue their comprehensive review of the life and art of Alex Toth in Genius, Illustrated. Covering the years from the 1960s to Toth’s poignant death in 2006, this oversized book features artwork and complete stories from Toth’s latter-day work at Warren, DC Comics, Red Circle, Marvel, and his own creator-owner properties… plus samples of his animation work for Hanna-Barbera, Ruby-Spears, and others — as well as sketchbook pages, doodles, advertising art, and other rarities provided through the cooperation of Toth’s family and his legion of fans. Two of Toth’s best stories are reproduced complete from the original artwork: “Burma Skies” and “White Devil… Yellow Devil.” A full-length text biography will chart the path from Toth’s increasingly reclusive lifestyle to his touching re-connection to the world in his final years. Fans of comics, cartoons, and all-around great artwork revere Alex Toth. See why Genius, Illustrated — along with its companion volume, 2011’s Genius, Isolated — are being praised as the definitive examination of the life and art of The Master, Alex Toth! 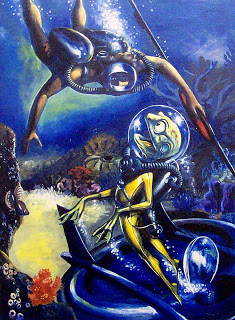 Wally Wood’s career is legendary among the annals of comic’s history. He rocketed to fame working on Will Eisner’s The Spirit newspaper strip and became one of the most talented artists working for EC Comics during the 1950s. Wood also became a star of EC’s satire comic called Mad, which went on to even greater success as a magazine, allowing the artist to apply his amazing talents in a broader spectrum. When the comics industry fell on lean times during the mid 1950s, Wood segued into the field of science fiction pulp illustration, providing over 200 beautiful drawings and several color cover paintings for the digest magazines; particularly Galaxy. Wood left behind a legacy of great art, much of which has never been reprinted. This book will feature them all. Long time Wally Wood historian Roger Hill has spent the past twenty years pulling together the history of Wood’s involvement with the pulp digests and tracking down original art for this project. Over half of the images have been pulled from the originals or from Wood’s personal file copies, allowing Wood fans the finest possible reproduction! 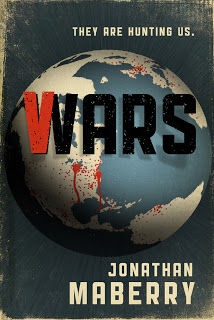 A sweeping threaded narrative of the global phenomenon known as the Vampire Wars.

Mankind has been silently infected by millennia-old bacteria unknowingly exhumed by a scientific expedition in Antarctica. Now, in some rare cases, a person’s so-called “junk DNA” becomes activated, and depending on their racial and ethnic heritage they begin to manifest one of the many diverse forms of the “others” that are the true basis for the legends of supernatural creatures. These aren’t your usual vampires and werewolves — it goes much deeper than that.

Conceived by Jonathan Maberry, V WARS features stories from various “frontlines” as reported by such contributors as Nancy Holder, Yvonne Navarro, James A. Moore, Gregory Frost, John Everson, Keith R.A. DeCandido, and Scott Nicholson (as well as Maberry himself, of course).
The result is a compelling series of tales that create a unique chronicle of mankind’s response to this sudden, hidden threat to humanity.

You can learn more about IDW and their books at http://www.idwpublishing.com/.