Hack/Slash Gets Conan Of The Movies 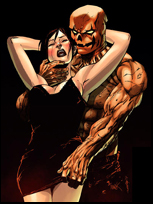 Hack/Slash is coming to the silver screen, and that Conan guy is getting him there.

Director Marcus Nispel, responsible for the 2011 remake of Conan The Barbarian (you saw that one, didn’t you?) has signed on to this latest adaptation of a big-time Image Comics title initially published by Devil’s Due. He replaces Fredrik Bond, who evidently thought better of the project.