MARTHA THOMASES: Time, Travel, and Me 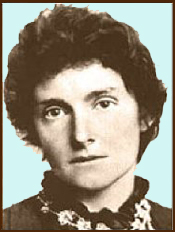 Over the weekend I started to read Stephen King’s new book, 11/22/63: A Novel. I’m not very far into it, as King writes long and I like to luxuriate in his enjoyment at having a story to tell and his great affection for his characters. And also, I have things to do.

It’s a time-travel story, and so far it’s set in 1958. I was five years old then (King was 11), and some of my memories of that time are clear. As he describes children playing in Maine, I remember what it was like for me in Ohio.

What we didn’t have, in our fantasies, was fantasy. Nobody did any time-traveling. No one went into outer space. There were no Ninja Turtles (or ninjas), no Transformers. There were hardly any Princesses.

When I was a bit older and could read, I liked Greek mythology and fairy tales and comic books, but hardly any of my friends did. Like them, I enjoyed Nancy Drew and The Bobbsey Twins and Cherry Ames, but I wanted more. My mom had some of her storybooks from when she was a girl, and I loved them, with their old illustrations. She introduced me to the works of Edith Nesbit,and I discovered a new way to imagine. Instead of gods and goddesses, nymphs and demons, or royalty protected by fairies, this was fantasy rooted in the real world.

Until I read his Books of Magic in which Neil Gaiman thanks E. Nesbit, I’d never met another person – besides my mom – who had read those stories. If you haven’t read The Railway Children, you’re in for a treat.

From there, my local librarian introduced me to Madeleine L’Engle’s A Wrinkle in Time. Not knowing it was a classic, I took it for science fiction and read the short story anthology, Tomorrow’s Children and from there I discovered Isaac Asimov, Ray Bradbury, Robert Heinlein and others.

Again, none of my friends were into these books. We might have shared a love of Salinger because by this point we were going through puberty and no one else could understand our intense psychic and spiritual pain. Still, I was the only one mesmerized by the explicitly alternate realities of science fiction writers.

Things are different now. There are involved fantasies for every age group. HBO offers Game of Thrones for adults, and J.K. Rowling has sold hundreds of millions of copies of the Harry Potter books. Star Wars and Star Trek and Doctor Who are cultural milestones, something every culturally literate person is expected to reference. The Avengers movie and the new Batman movie are expected to dominate next year’s box office. Sometimes it seems like half the bookstore shelves are devoted to vampires and/or zombies. And then there’s that Stephen King fellow.

I’d like to think it’s because we’ve become a more tolerant culture, one open to more different perspectives. I only know that genre fiction has brought me a lot of joy. I hope it has the same effect on the rest of the world, especially as we time-travel into the future.

Editor’s Note: That’s Ms. Nesbit up there, looking back at you.