“X-Men Origins: Wolverine” pirate gets a year in prison 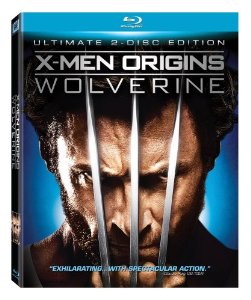 A New York man has been sentenced to a year in federal prison for illegally uploading and distributing a copy of “X-Men Origins: Wolverine” before the movies premiere.

Forty-nine-year-old Gilberto Sanchez was sentenced Monday in Los Angeles federal court. The judge also imposed a year of supervised release and numerous computer restrictions.Sanchez pleaded guilty in March to one count of uploading a copyrighted work being prepared for commercial distribution.

Prosecutors say he admitted uploading a “workprint” copy of the 2009 film about one month before it was released in theaters, then publicizing the upload on two websites.Prosecutors said in court documents that the film proliferated like wildfire throughout the Internet, resulting in up to millions of infringements. Sanchez has a prior conviction for a similar offense.

via NY man gets 1 year in prison for X-Men piracy – Yahoo! News.