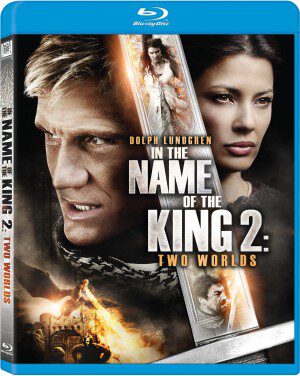 It’s an interesting new storyline, not just “let’s make a second part but only cheaper”. It’s better to be completely new, and I am actually happy with the movie. It has a lot of humor; it’s quick and entertaining.

CMix: Many of your films come from games. What’s the appeal?

Boll: When I started with House of the Dead, I was surprised with the financial success, so I thought, “let’s find maybe some games I personally like, with good storylines, and go for these games.” In the Name of the King, had some comedy, and was not always the same game scenarios, not like the Evil Dead series which is the same, the same, the same. Bloodrayne allowed itself to have a wild second story, and then the third dealing with the Third Reich. In general, it’s a very commercial genre, my more outré movies are far less so.

CMix: Since you mentioned them, you’ve done the movies Darfur and Auschwitz in addition to a slew of fantasy? Those real world stories are far more personal.

Absolutely, although no one in Asian or Latin American cares, but if you make an action movie they like it. Drama works only in North American and Europe, around the world they’re have zero sales. You have to make a decision as a producer what you can make that will turn a profit.

Absolutely, I had my heart in these, especially the one about Auschwitz, even though it still has no deal in the USA, which I think is a joke. Auschwitz is currently playing a t a Jewish festival in Atlanta. It’s about one day in Auschwitz, at time when people still deny it happened. There is a good reason to make that film as it just shows one normal day, where half the people are killed the same day as they arrived. In the long run it’s important.

From 2002-2007, I made predominantly video game movies, that was enough. I thought it was to get back to what I started with: my personal movies about social subject matters that I am in interested in. 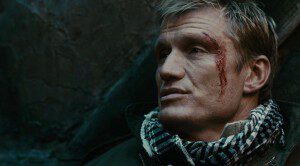 CMix: How do you approach building a fantasy world?

Boll: I wanted a dragon so I worked with the French CGI team from Harry Potter and Bloodrayne. They stepped in as co-producers, and did the dragon. This was what I basically told the writer [Michael Nachoff, Slither], “write a dragon in”. I came up with the idea that was amusing and convincing; Fox liked the story a lot. For me it’s just like In the Name of the King. I liked working outdoors in the woods; I hate studio shoots. For me, here was another opportunity to shoot outdoors, despite the cold and chill of Canada so it was a lot of fun to do this.

Some films are very hard to shoot. It was horrific to ask the people for Auschwitz to die over and over again, naked in the cold showers. This was fun to shoot, especially when you have the resources and the stunt people.

CMix: How do you work to make your world unique for all the other fantasy worlds?

Boll: It’s almost impossible. It happened with the first King, when it was compared with Lord of the Rings. Why compare me with the biggest, best movie ever in that genre? It’s also tough not being influenced by the classics. How can you do a monster without thinking of Alien? You watch Relic again and you get influenced. I wanted for this movie a more realistic approach, with a fortress, a rundown kingdom, and not a glorious kingdom. It is 50-60 years later so everyone is wiped out; they totally lost their wealth, their freedom, and are almost starving. It has a gritty winter look which was helpful.

CMix: What do you look for in a film and its story?

This was the first movie I  shot entirely with a digital camera. Shooting the CGI digitally was a big advantage. Also, you keep rolling, never having to stop which means you can have 20 minute takes. Later, in the editing, you get crazy; it takes forever in the editing room. For the actors it’s good. If they don’t deliver a line, they can keep going with a dialogue scene and pick up a line or two earlier. For them it has a positive impact.

To be honest, I like 35mm more. If you do a lot of digital work, you get not a final deepness, as opposed to what you have in 35. You can change all the colors in post-production, but I still think 35 is better. My next movie I will again do 35.

CMix: Tell me about the casting you did for this one.

Boll: I had to shoot with Canadian content and I was fortunate to have Lochlyn Munro [Castle], who is Canadian with a following. Then there’ s Natassia Malthe, who was a Bloodrayne actor. She has kind of a name so I said, “Okay ,let’s use her.” Aleks Paunovic [Mortal Kombat: Legacy], I like him as the tall soldier who can step up to Dolph. It’s a local cast; but I felt like the movie is basically a Dolph movie. A good surrounding cast.

CMix: Did you read the EW profile on him? I had no idea he was so intelligent.

Boll: We discussed it in German. He speaks six languages. He was an engineer who got hired off the street for Rocky IV. He is underestimated, it’s like, with his body and structure, and how he talks, he is what he is. There are actors who can play everything, but guys like Dolph, Jason Straithem, Bruce Willis are types, you see them in a scene, you know what you’re going to get. It’s why Jean Claude Van Damme and Steven Segal are still making movies. Dolph is informed about everything.

CMix: Did he bring a lot of ideas to his part?

Boll: He omitted a lot of the dialogue on his own. He went over the script, and at the cast read through said, “I can play this, I don’t need this dialogue.” The way he functions, basically, in the end I am happy with it. The story may have flaws, and you may say, “this makes no sense”, but if you accept the fantasy, you don’t need a lot of dialogue.

CMix: Do you have as much fun tangling with your critics as you do making movies?

Boll: Some people basically start every article, “this movie is bad, not as bad as the last movie”. So yeah, it’s kind of exhausting. Every single article mentioned my name in a bad way. A lot of people see my other movies and also they do not have…look, my first two movies had a lot of flaws. A lot of people still liked them. There were big mistakes. In the Name of the King was fun, emotional, engaging; with a good cast; it looks good, and I have nothing to be ashamed of. What I would hope, people see the differences. My movies are not all the same.

Boll: I am in planning to do Blooodrayne IV, a contemporary story, and then I have a movie in Washington, Bailout. It’s a Falling Down kind of thriller with a guy losing everything in the current financial crisis and he strikes back. I’m talking with stars right now; I will not do the movie without a star. A very big actor will be in the movie.