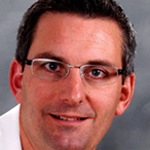 Wizard World without Gareb Shamus. The entire idea would have seemed ridiculous until just a few days ago when an SEC filing revealed that Shamus, the owner and founder of the company, had been removed as CEO. It was startling news which left everyone wondering what would become of the Wizard brand—once mighty in both media coverage and entertainment shows.

Answers are beginning to emerge. In an interview with The Beat, Wizard’s executive chairman Mike Mathews revealed that a new era has already begun at Wizard World, which will include outreach to the entire industry in a move to repair damaged relationships with both other industry players and fans.

In one of the most notorious examples of the bad blood which the old Wizard had given rise to, subscribers to the print magazine had not been given any make-up subscriptions for issues paid for but never mailed. However, according to Mathews, a letter is being sent out to old subscribers offering them a $100 credit towards Wizard shows.