Dr. Dusk, the newest New Pulp hero from Runemaster Pulp debuts today on Fourstory.org
Over at his blog (http://www.pulp.runemasterstudios.com/2011/12/dr-dusk-debut.html) Mike Bullock introduced us to his newest creation, Dr. Dusk. 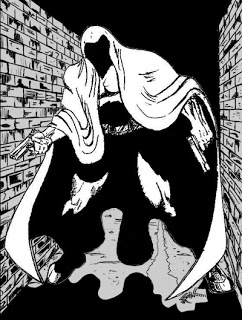 In what has now become affectionately known as “The Age of Adventure,” mystery men patrolled the streets of our bustling cities, stalking the shadows and preying on those who would harm innocent citizens. Doctor Dusk, one such man of mystery, walked the line between order and lawlessness. As the stories go, the man who became Dusk had experimented on himself until he was able to unlock his body’s peak physical potential, making him faster, stronger and more agile than any normal man could ever dream of becoming. Armed with two modified 1911 Colt .45s that fired special rounds, and his heightened physical prowess, the Doctor quickly became the scourge of the underworld. While little else is known of Doctor Dusk, his exploits have recently come to light in a series of journals, found within the walls of an old tenement building on the lower east side. The following was taken from one such journal…

You can read the full story at http://fourstory.org/fiction/installment/home-for-the-holidays/.