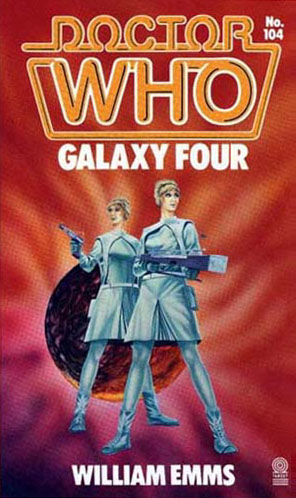 SFScope friend Fred Lerner alerts us to this BBC article alerting us to the fact that two of the missing Doctor Who episodes have been rediscovered.

As with most early television, producers and broadcasters as a rule did not keep copies once programs had aired. As a very-long-running, well-loved series, Doctor Who is one of the targets of the ongoing Missing Believed Wiped project (part of the British Film Institute).

At Sunday’s event, the recovery of two episodes was announced: one from 1965, with William Hartnell as The Doctor; and one from 1967, with Patrick Troughton.

The recovered 1965 episode is part three of the four-part series “Galaxy Four,” in which the race of cloned females called Drahvins attempt to escape a planet which is about to explode. The story is the only appearance of the tiny robots called the Chumblies.The 1967 episode was part two of “The Underwater Menace,” in which a mad scientist tries to restore Atlantis by draining the ocean into the Earth’s core.