‘Avengers vs. X-Men’ is the Next Marvel Comics Event 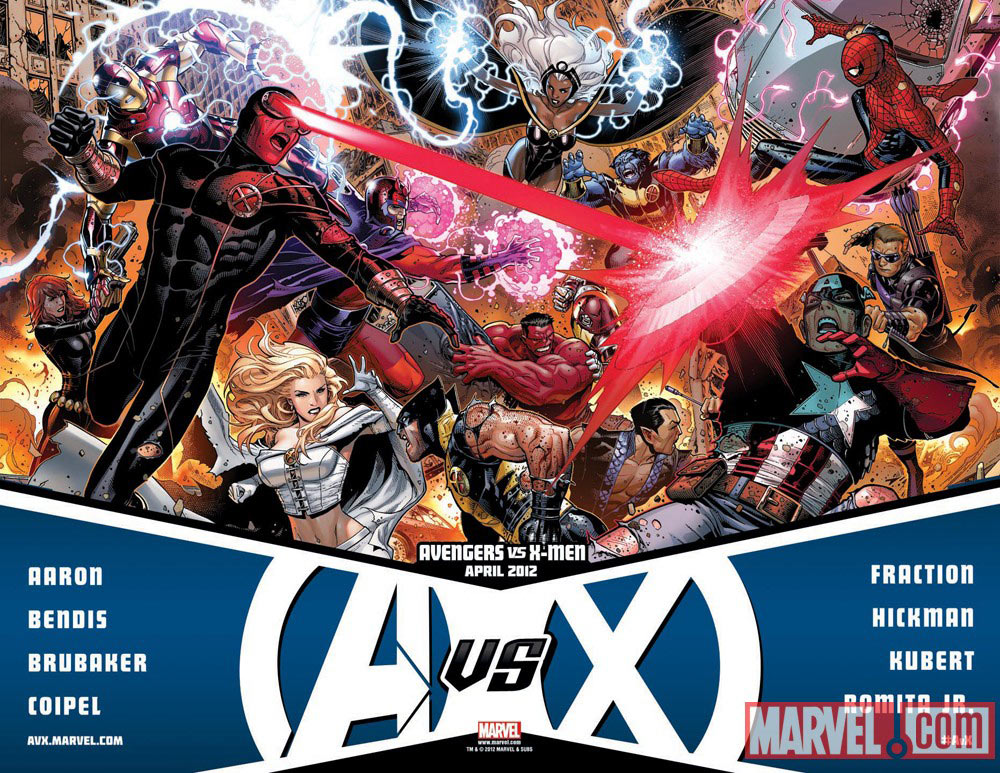 The next major Marvel Comics event has been announced: Avengers vs. X-Men. Teaser art has been hinting at the return of the Phoenix Force since New York Comic Con in October, and USA Today confirmsthat the storyline will indeed feature the return of the nigh-omnipotent cosmic deity of destruction and rebirth who most famously possessed Jean Grey.In Avengers vs. X-Men, a twelve-issue series that launches in April 2012, the heroes of the Marvel Universe learn that the Phoenix Force is making its way back to Earth, prompting yet another conflict over Hope Summers, the young girl considered both the messiah and the harbinger of doom for the mutant race. Long heralded as the the next host of the Phoenix Force — and possibly, a reincarnated Jean Grey — Hope sparks a conflict between the X-Men and the Avengers, who have different ideas about how to protect both Hope and the entire world from the deadly and incredibly powerful entity.

Marvel has promised to reveal more details about the event today in a live news conference at 3 PM EST with Matt Fraction, Brian Michael Bendis, Jason Aaron, Ed Brubaker and Jonathan Hickman. Marvel will also make the creators available through Google+, and suggests that fans use the hashtag #AvX to discuss the event on Twitter. 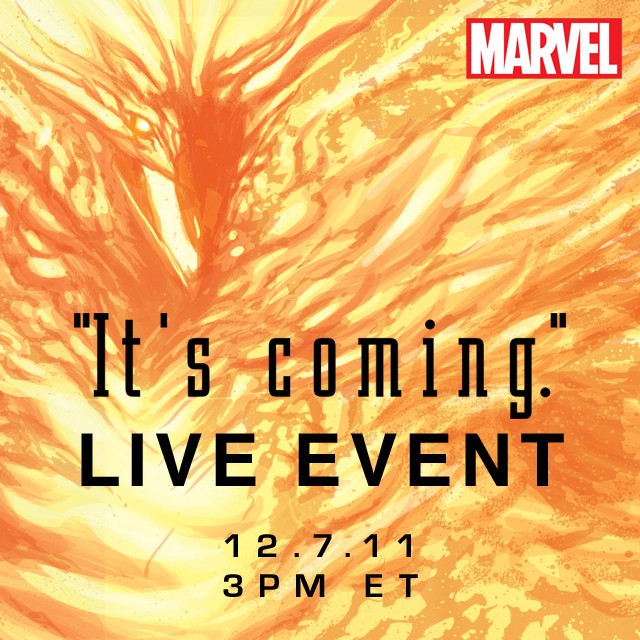