MINDY NEWELL: Am I Really A Writer? 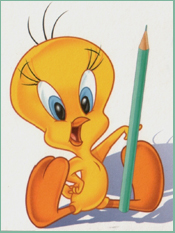 One of the doctors I’ve worked with once asked me “What’s it like to be a writer?”

I guarantee that every single one of the columnists here at ComicMix has been asked that question, or a form of it, quadrillions of times.

The mother of one of my daughter’s friends: “Where do you get your ideas?”

A co-worker at my day job: “So what do you do? They give you the comic and you put the words in those balloons?”

An old boyfriend: “You get paid for that?”

My mother on the phone, back when I was a full-time freelancer: “What do you do all day? How can you sit in your pajamas until 3:00 in the afternoon?

Mom on the phone again: “I’m sorry to bother you. Are you typing?”

“I don’t know.” (Case in point: last week’s Bizzaro column. Where the fuck did that come from?)

“Yeah.” (I used to go into a full-scale elucidation of the full-script method, which is similar to writing a movie script, except that in a movie script very little art direction is given as the writer pretty much leaves that up to the cinematographer, whereas in a comic script the story is broken down panel-by-panel with instructions to the artist of what is happening, which can range from “Superman hits Doomsday,” to detailed descriptions of what the man standing behind the woman in the crowd watching Superman hit Doomsday is wearing – and you should read one of Alan Moore’s scripts for anything he’s ever written if you really want see and understand what I’m talking about – and dialogue or captions or thought balloons vs. the “Marvel-style” of writing comics, in which the writer breaks down the action into page-by-page descriptions of what’s happening in the story, after which the editor sends it to the artist to – oh, never mind. I know you’re getting that bored look, just like the questioner, who would blank out on me within ten seconds of my explanation, just like I know you’re doing now.)

I think all writers go through this type of third-degree in one form or another. Yes, even Pulitzer Prize winning novelists like Michael Chabon (The Amazing Adventures of Kavalier & Clay), Oscar Hijuelos (The Mambo Kings Play Songs Of Love), Toni Morrison (Beloved), Michael Cunningham (The Hours), and Bernard Malamud (The Fixer).

And the funny thing is, those questions from co-workers, friends, boyfriends and girlfriends, and parents: What’s it like to be a writer? Where do you get your ideas? You put the words in the funny balloons? You make any money at that? What do you do all day? How can you sit around in your pajamas ‘til 3:00 in the afternoon? Are you typing? – are the same questions I think all writers ask themselves.

Fer shur I’ve asked myself those questions. Many a time, and over and over.

And I have a confession to make.

I still have trouble saying “I’m a writer.”

Is it an ego thing? I don’t generally go around saying, “Look out, world, here I come! Get out of my way!” But I do have it on good authority – Alixandra and Jeff – that I’m a “firecracker.” Which is very gratifying to my ego, but then why am I in therapy? (Funny story. I was talking with my therapist before Alix and Jeff’s wedding, telling him how I was having all this angst and shpilkes (Yiddish for “nerves”) and bad dreams, and he said “That’s because you’re neurotic,” and I yelled at him, “I’m not neurotic!” Um…well, I guess you had to be there, or in therapy, to get it.)

A writer can plot. I still can’t plot worth a damn. Fellow columnists like Denny O’Neil and John Ostrander have tried to teach me, and though I do get it intellectually, I fail more often than I succeed. Julie Schwartz told me that there’s only one essential plot. Boy meet girl. Boy loses girl. Boy gets girl. Every story is a variation of that. (I think he was repeating, or paraphrasing, something that someone famous once said, but I can’t remember.) I get it. I really do. And sometimes it works for me. More often than not I hit a wall, and then I’m dead in the water. I didn’t even know what I was going to write about when I sat down to write this column.

A writer doesn’t put off writing. I’m a natural-born procrastinator. Yep, I’m essentially a lazy couch potato. Or computer solitaire player. Without a deadline (and I’m writing this on Saturday night, right now it’s 10:59 p.m., and though it’s still Saturday, I should have finished this column way, way earlier, like last Monday), I’m hopeless. I’ll never finish that novel in my drawer because there’s no agent/editor/publisher breathing down my neck to finish it.

A writer carries around a little notebook to jot down ideas. Or writes them down on any piece of paper he or she can find. Woody Allen does that. Last week I watched the PBS documentary about Mr. Allen, and I watched him pull out a drawer, it was in his bedroom, and in that drawer were pieces of paper, napkins, post-it notes, paper plates, handkerchiefs, anything he could write one, all with ideas, a sentence here, a word there, an observation, a thought – and he laid them out on the bed and it was a heap o’ words, a collection of yeeaarrsssss. Well, I did have a little pad to carry around with me at work – oh, hell, I’ve bought dozens of ‘em – but I always get so busy and I don’t know where the hell they go. Or I’ll write something down on a scrap of paper and lose it.

A real writer writes because he or she has to. Whether it sucks or whether it’s a bestseller that’s optioned and becomes the next Oscar and Golden Globe winner. I don’t have to write. I don’t have that burning need.

I guess I am a writer.