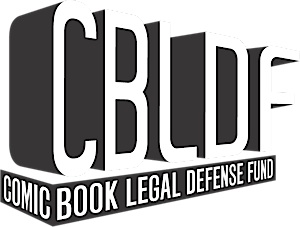 The Comic Book Legal Defense Fundis pleased to announce that Alex Cox has been named to the position of Deputy Director. In this new capacity, his responsibilities will expand to include full oversight of the CBLDF home office and fundraising program. Cox joined the CBLDF in the fall of 2010 as Development Manager.Since joining the CBLDF last year Cox has improved the organization’s membership program and convention presences. Under Cox’s watch, membership in both the retailer and individual capacities has shown dramatic increases. Cox has also overseen the creation of a more robust volunteer program in the New York home office. Prior to CBLDF, Cox was a 15-year veteran of comics retail, including owning and managing the nationally recognized comic book store Rocketship.Speaking about the promotion, Cox said, “I’m extremely grateful to be in a position to help the comics community fight back against anyone that would threaten free expression in this art form that we all love. As a comic fan and student of the art form for close to 30 years, I never thought that I would see anything like the panic caused by Seduction of the Innocent in my lifetime. But with the current case in Canada, the creeping specter of censorship and persecution is rearing its head again, making the CBLDF even more important. I’m proud to be a part of it and I look forward to working with our members, retailers, and the creative community in the years to come.”

“Alex has been a great addition to the CBLDF, and we’re excited to be able to develop a space for him to grow even further within the organization,” says Charles Brownstein, CBLDF’s Executive Director. “Alex has made great strides in developing our fundraising program in a very difficult time, and his leadership in the office has helped us bring in even more talented volunteers to help us fulfill our work. He’s an extremely valuable member of our team, and we’re glad to see him take on this new role.”

Tags: artCanadaCBLDFcomicscreationSeduction of the Innocent