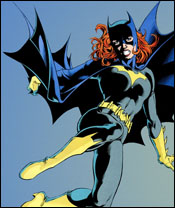 Folks, I apologize for missing two weeks ago. I know it caused you to cancel plans, cut ties with loved ones, cease working, and maybe join one of the many #OccupyComicMix rallies across America. Well, as one of the 14.3% here who write a column, I assure you it won’t happen again.

Since it’s that time where we start reflecting on where we’ve been, what we’ve accomplished, and what we enjoyed… it figures I’d take a week off of crazy ranting to spread a little appreciation out there for the things in comics I’ve loved this year. What follows is an unordered, unfiltered, unadulterated list of things that tickled my nethers (comicly speaking). Tally ho, my friends.

FF — Those who follow me fully know I am more or less a DC dude. But I told myself this year I would consider more titles to pull from the House of Ideas. Well, thanks to the “Death” of Johnny Storm at the beginning of the year, it meant it was time for a restart of Marvel’s First Family. And thus FF, or the “Future Foundation” was launched shortly thereafter. Figuring it was as good a time as any to jump on board, I subscribed. Here we are, 11 issues later. I have to say, while the book doesn’t leap to the top of my pile when I’m in the can, every time I pick it up, I’m always happy to have done so. Jonathan Hickman is an intelligent writer who can craft one hell of a story. And art chores by Steve Epting, and currently Barry Kitson? The book is clean, Kirby inspired, sleek and sexy.

What I’m truly thankful for with this series is the way Hickman has given us an entire universe unto itself. FF removed from any crossover tie-ins, has been an in-book epic quest. With time travelers, political wars, cosmic disturbances, a heavy dose of Doom and comic relief by Spider-Man? There’s nothing this book hasn’t given me. With a little lull for an info dump at the mid-way point in the first arc past us, the book has continued to grow carefully. It’s been a beacon of true pulp for me thus far.

Gail Simone and Scott Snyder — All they touch glitters and is gold. In 2011, no two writers dominated my pull list more, nor disappointed less. Secret Six, Detective Comics, and now Batgirl, Firestorm, and Batman have all floated to the top of my must-read-pile week in and week out.

Gail’s writing is brilliant in its subtlety. Her books read quickly, but pack more nuance and depth of character than just about any other book on the shelves today. Where I once stood skeptical of Barbara Gordon returning to her lost mantle, I now live and die to read her exploits. Gail’s ability to let her characters talk about what’s actually going on in their mind instead of barking plot advancing banalities makes each comic of hers flow like a movie on paper. And when she falters, say with a weak and predictable initial villain in Batgirl? She makes up for it by forcing us to pay attention to the detailed character work opposite some of the more forced beats in the story. Her dialogue, a smattering of Kevin Smith without the “every character basically shares one hyper-intelligent voice” is never anything but a joy in print. A Simone book these days is akin to Chinese food. An hour after I’ve consumed it, I want more.

Scott Snyder is the yin to Gail’s yang. Get your mind out of the gutter. While I’ve only been privy to his bat-work, as it were, he’s been nothing if not flawless in delivery. His run on Detective Comics this year was, simply put, the best comic series I read. His characterization of Dick Grayson as Batman was pitch-perfect. The balance of his light hearted banter in the middle of a fight, combined with his police-inspired detective skills was written just the way I’d hoped. He wasn’t trying to be Bruce. He was filling the mantle in his own way. And when Snyder took the lead to Batman proper, he delivered once again, making sure we knew that his Bruce Wayne was assuredly not a gruffer Grayson. His plots bob and weave. Villains hide in plain sight, and get the best of his Batmen in ways we can agree with. And he’s done it all while keeping the majority of Batman’s classic rogues out of focus. His new creations fold into Gotham just as well, and don’t ever come across as knock-offs. Suffice to say? He took the ball Grant Morrison slam dunked with “Batman R.I.P.” and shot back-to-back three pointers.

Let’s Be Friends Again! and The Gutters — I don’t read many web comics, kids. But when I do? I read these. As playful jabs at the comic industry today, you can’t find two funnier takes. And sure, my very own studio did do a strip for The Gutters but we contributed for no better reason than the desire to be amongst greatness. The Gutters have poked and prodded everyone from Dan DiDio to the suits behind Dark Horse with a more than a wink and nod. And thanks in large part to their vast array of artists on file means that three times a week you get a beautiful web comic that delivers that “Friday” quality every strip.

Let’s Be Friends Again! is equally great. A bit more “Penny Arcade” with its core duo than the protagonist-less Gutters, LBFA is hilarity incarnate. Generally taking on just “the big two,” they’ve caused me to chortle out loud more than any strip has otherwise. Don’t just take my word for it. If Racist Galactus doesn’t make you laugh out loud? We can’t be friends.

Unshaven Comics — I’d be remiss if I didn’t shout out some love for my brothers from other mothers. Matt Wright and Kyle Gnepper sacrifice their free time to cram into my basement every week to work on our little rags, and website. With them this year, I’ve traveled to Detroit, Kokomo, Fort Wayne, Chicago, Indianapolis and Columbus. With them, this year, I’ve met hundreds of people, and sold nearly 1000 books face to face! When I had the dream of working in comics, they stood along side me, and shared that dream. Although we’re only a blip on the blip riding on the hump of another blip on the radar of the industry… we’re still there, and I couldn’t think of two more talented people to do it with.

And last but not least… ComicMix, and You — For those who have followed me on this site now for three years, I simply can’t express how much I appreciate your continued support. Even when I piss you off with my insane hatred of things you like, or make you roll your eyes with my unending list of snarky retorts to industry news… you come back the next week. You comment. You share my writings with your friends. To have this opportunity every week, to write alongside literal living legends? It’s something I never thought would be possible. And yet, here I am 20 editorials later, forever grateful for the opportunity and the responsibility.

And with that, I bid you adieu. Don’t worry about all this sap this time around. I hear the Phoenix is coming back, and that makes me want to rant. Later days, kiddos. Later days.